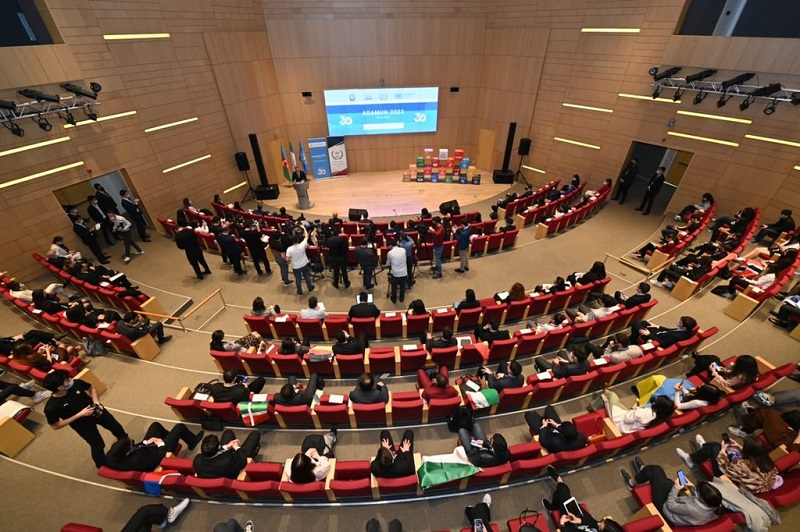 An ADAMUN (ADA Model United Nations) Simulation Conference dedicated to the 30th anniversary of the UN-Azerbaijan partnership kicked off at ADA University, Baku on Wednesday.

Nearly 85 students from various universities will join the three-day conference.

Speaking at the opening ceremony, Andreeva said that this year is special for cooperation between UN and Azerbaijan as 30 years ago Azerbaijan joined the UN and the organization opened its office in Baku.

Addressing the event, FM Jeyhun Bayramov noted that Azerbaijan has always remained committed to the principles of the United Nations.