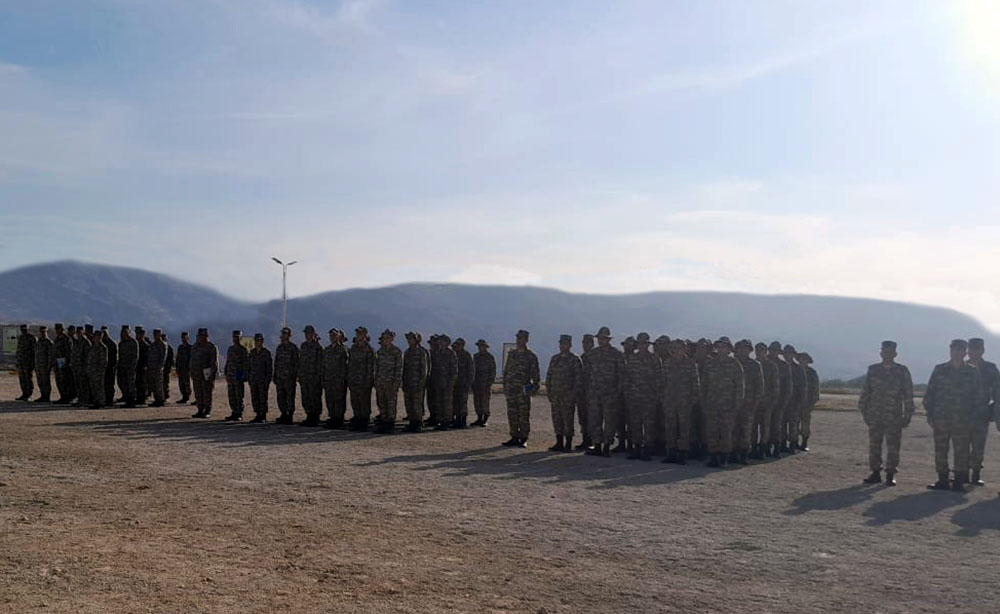 On October 3, an event on the occasion of the 22nd anniversary of the establishment of one of the military units was held in Lachin, News.az reports citing Azerbaijan's Ministry of Defence.

First, the memory of the national leader of the Azerbaijani people Heydar Aliyev, and Shehids, who sacrificed their lives for the independence, territorial integrity, and sovereignty of Azerbaijan, was honored with observing a minute of silence. The National Anthem of the Republic of Azerbaijan was performed.

It was stressed that the national leader Heydar Aliyev’s army development policy is being successfully continued by the President of the Republic of Azerbaijan, Supreme Commander-in-Chief of the Armed Forces, Mr. Ilham Aliyev. It was emphasized that as a result of the attention and care of the head of state, all conditions have been created to maintain the military unit’s combat readiness at a high level, as well as to effectively organize social and living conditions and leisure time of military personnel.

At the end of the event, a group of servicemen, who distinguished themselves in military service and are well-disciplined, was awarded.