Miss Algeria stands up against attacks over skin color 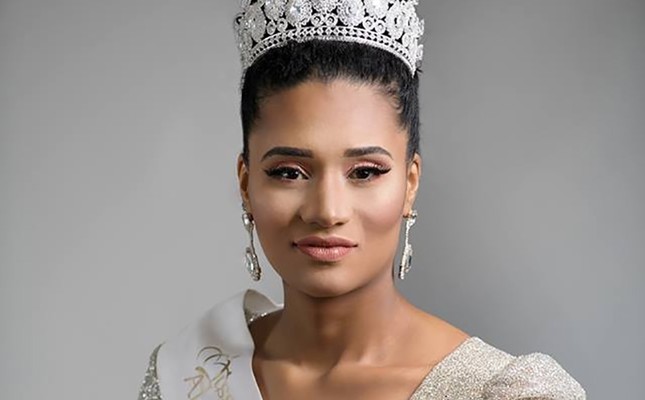 Winning a beauty pageant should be a moment of joy, but Miss Algeria Khadija Ben Hamou, from the country's vast desert south, was immediately targeted online for her dark skin color.

Ben Hamou, 26, is the first southerner to win the title that leads to a shot at the Miss World crown, Daily Sabah reports.

More than 75 percent of Algerians live in the north, with most prominent figures in public life being lighter skinned northerners. Only one government minister is dark skinned.

Some southerners feel excluded from development in comparison with northerners, despite the region, bordering Mali and Niger, being rich in oil and gas and providing 95 percent of Algeria's revenue.

As footage of the contest spread on social media, trolls branded her "ugly" and told her "shame on you", although some applauded her beauty, saying it represented "Algeria's diversity."

Ben Hamou, from Adrar, some 1,000 km south of the capital Algiers, dismissed the criticism.

"Algeria is a big country, east, west, north, and south. We represent the country. I won the contest and I want to say to those who criticized me, Allah blesses you," the restaurant worker told Reuters.

Ben Hamou told Algerian news site TSA: "I will not back down because of the people who criticized me. I am honored that I have achieved my dream, and I am honored by the state of Adrar where I come from."

"I also encourage the girls of my region to participate in the competition if they wish to do so," she said.

Said Hamdad Faysal, from the Miss Algeria contest organizers and sponsor, said Ben Hamou had passed through 20 rounds to win the contest.

She will go on tour to promote charity programs, he said.