Minsk Group was established not to resolve conflict, but to perpetuate occupation: Azerbaijani President 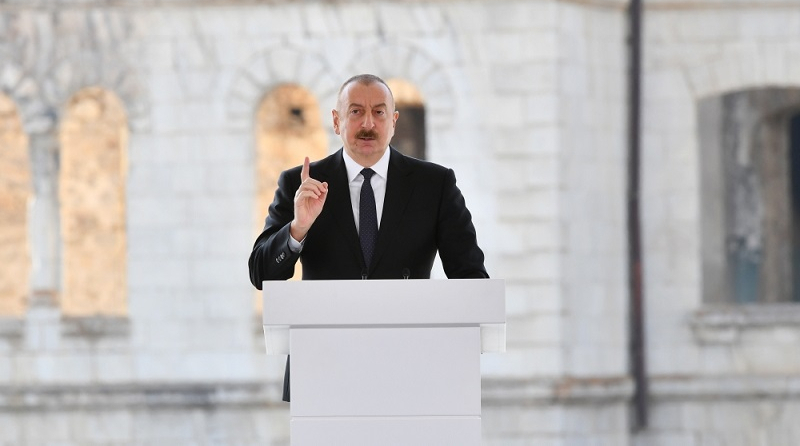 “Unfortunately, today high-ranking officials in Armenia are still talking about the Minsk Group. I think it is in vain and it makes no sense. The Minsk Group was actually paralyzed in 2019,” Azerbaijan’s President Ilham Aliyev said on Friday.

He made the comments at the fifth Congress of World Azerbaijanis held in the city of Shusha, the cultural capital of Azerbaijan, News.Az reports.

The head of state noted that the Minsk Group, which received a mandate in 1992 to resolve this issue, failed to achieve any results.

“Now, taking a look at the history and actions of this group, its proposals, we can see once again that it was created not to solve the problem, but to perpetuate the occupation. Armenian lobby groups have great influence in the Minsk Group co-chair countries. That is why this group has not achieved any results for 28 years,” President Ilham Aliyev added.