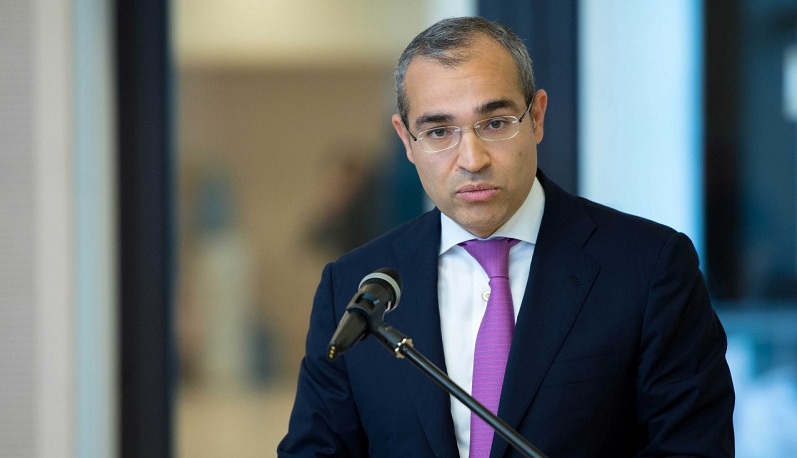 The cooperation between Azerbaijan and Turkey is being strengthened constantly and this very effectively affects the development of bilateral economic ties between the two fraternal countries, Azerbaijani Minister of Economy Mikayil Jabbarov said.

Jabbarov made the remark at the Turkish-Azerbaijani business forum in Turkey’s Ankara city.

“The participation of entrepreneurs, working in the field of industry, tourism, transport, and trade of the two countries, in the forum, once again demonstrates the high level of economic relations,” the minister said.

Jabbarov stressed that it is planned to sign memorandums in several spheres within the forum, including in the field of the textile industry, which will also serve as a solid basis for even closer cooperation between Azerbaijan and Turkey.

The minister of economy said that active privatization is being carried out in Azerbaijan.

In accordance with the order of the president, Azerlotereya OJSC was transferred to management on a contractual basis to the YMT Sans B.V. company, which is a subsidiary of Demiroren Sans Oyunlari Yatirimlari A.S.

Moreover, another memorandum in the mining industry, aimed at using some gold and copper deposits together with Turkish partners, is expected to be signed.

The minister of the economy also stressed that Azerbaijan, headed by the president, will improve the territories liberated from the Armenian occupation, and this will open up great opportunities for entrepreneurs of the two countries.

“The work in this sphere has already begun,” Jabbarov said.

"Such initiatives as the creation of a joint Azerbaijani-Turkish investment fund, the implementation of big enterprises and big projects between the two countries, in particular, projects aimed at the exchange of joint technologies, can contribute to the faster implementation of our tasks," Jabbarov added.