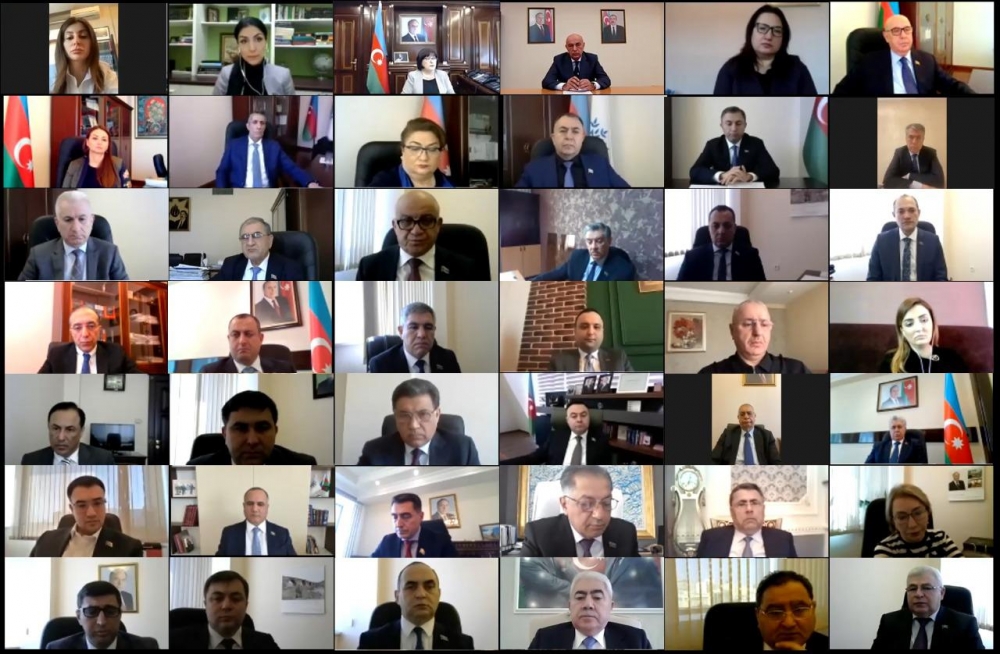 A videoconference on "The Azerbaijani model of political dialogue: the legislative power’s role” has been held at Milli Majlis.

Speaker of Milli Majlis Sahiba Gafarova, Head of the Department for Relations with Political Parties and Legislative Authority of the Presidential Administration of Azerbaijan Adalat Valiyev, the leaders and members of the parliamentarian political parties and more than 80 members of the Milli Majlis attended the conference.

In her opening remarks, Speaker Sahiba Gafarova noted that widening the political dialogue environment was one of the topmost aims of the political reforms in progress in the country. “The multi-faceted reforms fulfilled under the guidance of President Ilham Aliyev have brought about the start of a qualitatively new and constructive dialogue and co-operation within the national political system. This dialogue serving the cause of national solidarity and sound political relations has a key role assigned to it in the progress of democracy in Azerbaijan and in defending the political and economic liberties as well as making our country stronger. Besides, sound relations have been established amongst the political parties, the latter being considerable components of the national political system,” Shahiba Gafarova said.

The speaker of the Milli Majlis recalled that 50 political parties had taken a common stand and declared their support for President Ilham Aliyev at the time of the Patriotic war, one of the brightest pages of our history; they demonstrated to all the solidarity of Azerbaijan’s political system coming into play when national issues are concerned. “President Ilham Aliyev lauded the current political dialogue in the country and stressed its importance in the betterment of the national political system in his speech at the 7th congress of the New Azerbaijan Party,” she mentioned.

Referring to the resolutions made at the 7th congress of the New Azerbaijan Party as well, Speaker Sahiba Gafarova underlined the immense importance of the congress in adjusting the new roadmap of the NAP at the present time and in identifying new challenges and tasks coupled with syncing the party work with the current reforms as well as in the future growth of our political system as a whole. “The tasks outlined by President Ilham Aliyev in his expanded and profound congressional speech will, when fulfilled, result in the NAP moving on to a new stage qualitatively and underlie its continued progress. The staff and structural change resolutions that were made there, too, and the appointment of Mehriban Aliyeva as the First Deputy Chair of the party won the high appreciation of the hundreds of thousands of party members,” the Speaker noted. 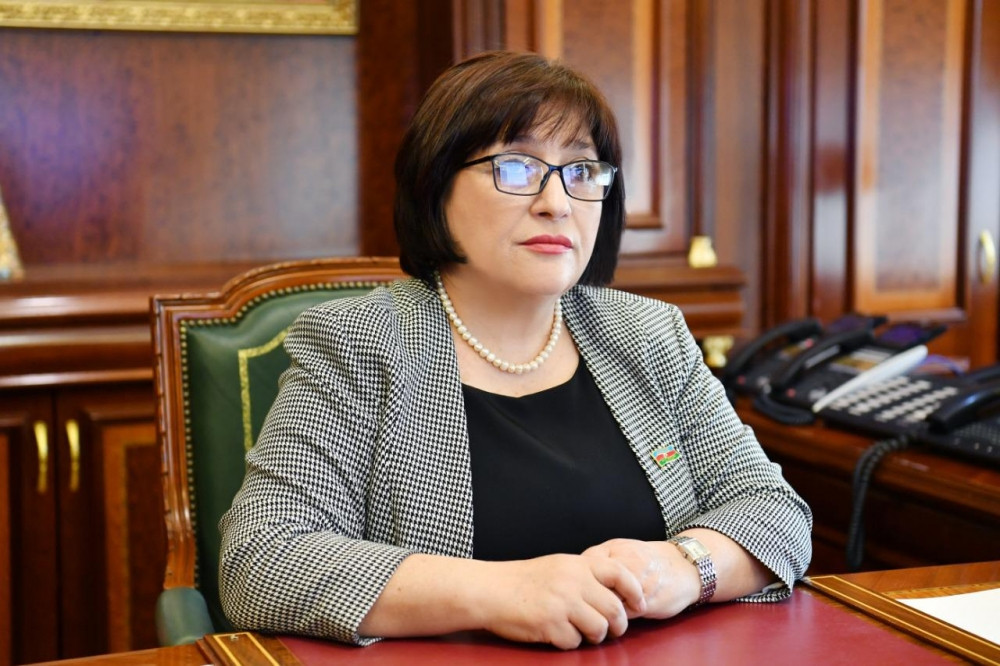 The Speaker of the Milli Majlis said that promoting the on-going deepening of the political dialogue and political reforms in Azerbaijan with a successful completion of the latter and making a contribution of its own to the process was one of the weighty tasks standing before the Parliament. “Last year had seen the Milli Majlis take the steps required to extend the parliamentary backing to the endeavours made to form the new political configuration of Azerbaijan. The sixth-convocation Milli Majlis and the leadership teams of its committees now have members of opposition parties, too, for the sake of a stronger political system and sturdier and healthy political relations in the country. The Milli Majlis began to play a more energetic role in improving the national political system. Representatives of nine political parties won their MP mandates. Two more parties passed state registration at the remains of last year; so, there are eleven of them there now consequently. That so many parties are represented in the Parliament and MPs from diverse parties are elected to key positions in the Parliament matters tremendously to the democratic development of Azerbaijan. The Milli Majlis, which reflects the full spectrum of the principal political powers, trends and ideas, is contributing to the political dialogue, to solidifying the co-operative air on national and state issues and, last but not least, to building up political relations on a sound basis in Azerbaijan.”

Highlighting the activities of the Milli Majlis during the year past Sahiba Gafarova mentioned the pains the Parliament had taken to keep on fruitful work despite the difficulties posed by the global pandemic. With the two extraordinary sessions in, the sixth-convocation Milli Majlis had had four sessions put together and the fifth one is in progress now. In that period, the Milli Majlis passed 38 laws and amendments to 167 laws of the Azerbaijan Republic and sanctioned 51 resolutions. The Milli Majlis had 44 sessions whilst its committees had 282. The key period in the parliamentary work coincided with the Patriotic war waged by our nation under the leadership of the Commander-in-Chief of the Armed Forces Ilham Aliyev. In that time-span, all the opportunities granted by the Azerbaijani parliamentary diplomacy were put to use and justified their purpose fully making it possible to tell the global community, the whole international audience the truth about the Patriotic war.

Head of Azerbaijani Presidential Administration department Adalat Valiyev highlighted the reforms implemented by President Ilham Aliyev. He said that a new stage of political reformation was geared into motion at the very onset of the year 2020. The head of department also mentioned the forming of a political dialogue resting on healthy competition, the arrangement of individual and joint meetings with political parties, the state registration of 7 political parties after a nine-year hiatus, the allocation of suitable premises to those political parties that had not had headquarters and the conduct of the congresses by 25 political parties – all as an outcome of the work done tenaciously to achieve such goals.

Adalat Valiyev also brought up the creation of constructive relations between the power and the opposition in the country consequent to the political reforms of President Ilham Aliyev. He talked about how state interests were put above all others in those relations and how a transition to a civic form of interaction came to the foreground being characterised by constructive criticism and mutual respect. A new political culture has been formed that is based on mutual esteem and the readiness to listen to each other. There are mutual understanding, the spirit of civil co-operation and sound collaboration not only between the Power and the Opposition but also amongst the opposition parties. Notably, it has been proven that there is no need in mediation or intervention of any third party, that is, of certain foreign circles, for the Power-Opposition Dialogue and bilateral and multilateral interparty talks to go on and for co-operation to be built between them, Adalat Valiyev emphasised. On the flip side, it has become even clearer than it was before what unseemly agendas of what circles exactly certain political powers serve on the pretext of waging political struggle as they eschew political dialoguing. National unity and solidarity set in amongst the overwhelming majority of political groups of the country – and for the first time in long years, too. Almost all the local political parties supported the political course of the Commander-in-Chief; they were making joint calls to national unity and jointly appealed to international institutions during the Patriotic war, Adalat Valiyev recalled before highlighting the progressive nature of those acts.

“Fulfilment of the resolutions of the 7th congress of the New Azerbaijan Party that were made in the format of the on-going political reforms resting on an adjusted foundation will optimise the ruling party’s workings. On another note, the fact that six political parties joined the PNA at that congress spells a yet stronger political dialoguing ambience in the country.

The president of the country made fundamental recommendations regarding the tasks standing before the MPs as he spoke at the first sitting of the sixth-convocation Milli Majlis. The new democratic environment incepted in the Milli Majlis, the opposition members in leading positions in the legislative authority and a greater activity ebb of the MPs to achieve a higher community satisfaction are all very important for the State to become increasingly stronger,” Adalat Valiyev said. 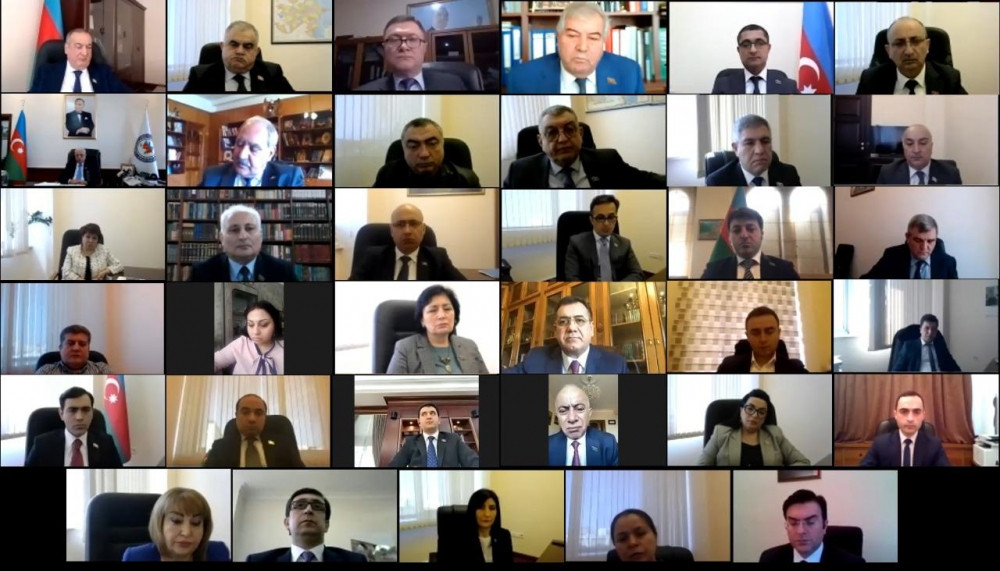 “Our country is going through the most glorious period of its centuries-long history now under the guidance of the victorious Commander-in-Chief Ilham Aliyev. Whatever position and status of his or hers, every citizen – and the whole of the Azerbaijani society, in fact – now have it as their task to keep the international community informed and aware of our just cause. This is necessary so the historic Victory is solidified, the shahid and war veteran families are taken care of, the lands rescued from under the enemy’s heel are restored and reanimated, the Armenian aggression is prevented from rearing its head again and the criminals are brought to justice ultimately,” Adalat Valiyev emphasized.