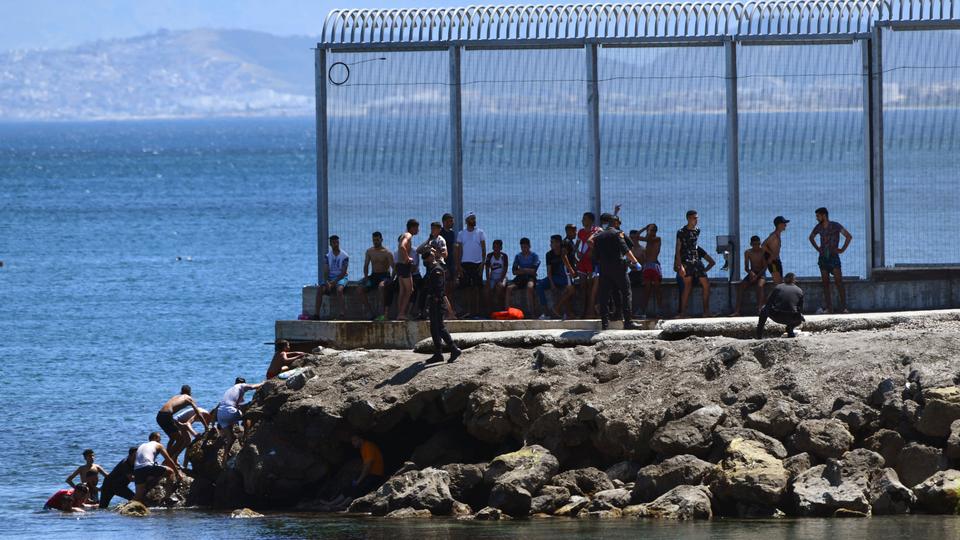 They say the migrants - who include hundreds of minors - either swam around the border fences that jut out into the sea or walked across at low tide.

They are said to be mostly from Morocco. Spanish media says Moroccan border guards did not stop them.

Early reports on Monday said more than 100 people had come overnight around the coast at Benzu on the north side of Ceuta, followed by some at Tarajal on the south side.

Most were said to be young men, but the group also included children and several families. Many had used inflatable rings and rubber dinghies, authorities added.

They were taken to a migrant reception centre. But as more turned up later in the day, officials said the number had risen to 5,000 - an unprecedented figure which they warned could rise further.

Spanish Foreign Minister Arancha González Laya said some migrants were already being sent back to Morocco.