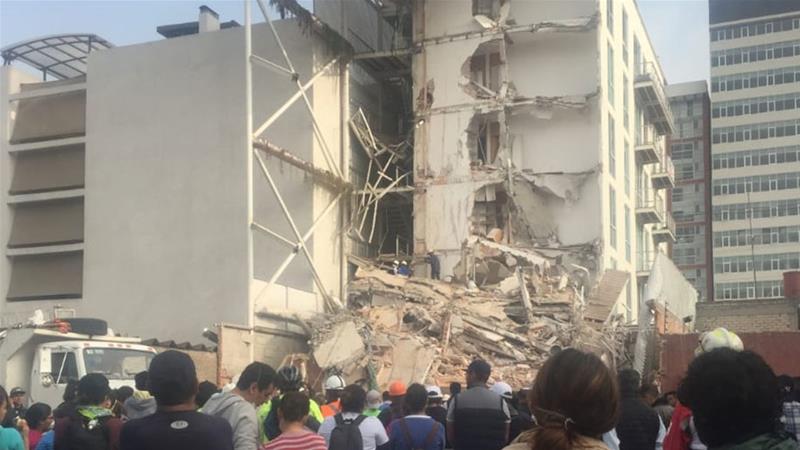 The death toll from a powerful earthquake that struck southern Mexico has risen to ten, the federal government said Wednesday, AFP reports.

The 7.4-magnitude quake, which was followed by more than 1,500 aftershocks, was felt in Mexico City, some 700 kilometers (430 miles) away from the epicenter in Oaxaca.

It sent people fleeing their homes and workplaces, and forced the closure of an oil refinery.

Oaxaca Governor Alejandro Murat said in an interview with Milenio TV earlier in the day that 2,000 homes had been damaged.

First responders were still working to remove debris from a highway, he added.

Earlier, the national civil protection coordinator, David Leon, said 23 people had been injured in the quake.

Mexican Oil said its refinery in Salina Cruz in Oaxaca had been shut down as a precaution after a fire broke out at the plant "that was immediately stifled."

One of the dead from the earthquake was a worker at the refinery, who was killed after falling off a high structure.