Messi passes Pele as top scorer at a single club 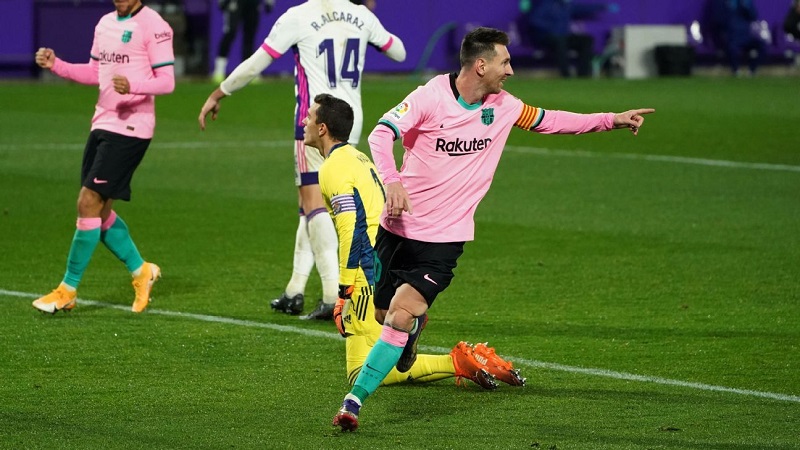 Lionel Messi beat Pele's record of goals for a single club when he scored his 644th for Barcelona in a 3-0 victory against Valladolid on Tuesday, AFP reports.

The Argentina forward scored Barca's third goal when he collected Pedri's backheel and struck the ball past goalkeeper Jordi Masip on 65 minutes.

Messi had equalled Pele on Saturday in a 2-2 draw with Valencia.

The two men scored at almost an equal rate for their clubs.

It was the 33-year-old Argentine's 749th competitive match for Barca, meaning he has scored a goal every 1.16 games.