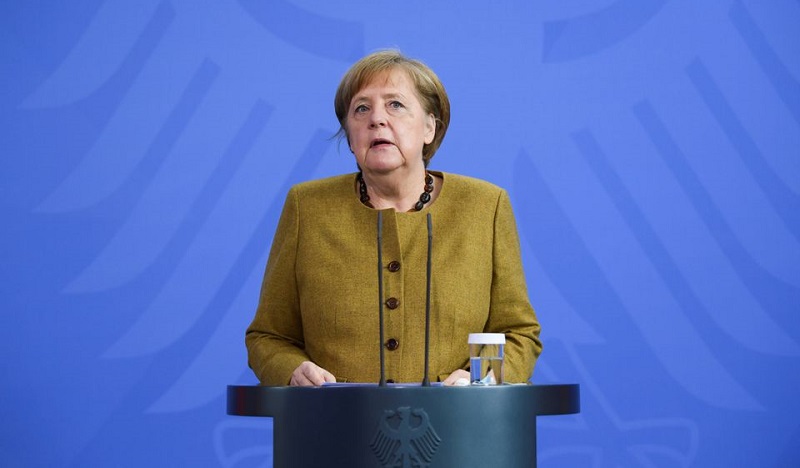 German Chancellor Angela Merkel faced opposition on Wednesday to a plan to seek new powers to force coronavirus lockdowns on areas with high infection rates, with the imposition of curfews drawing particular fire given the country's authoritarian past.

As infections rise rapidly and hospital beds fill up, Merkel's government is pushing parliament to change the Infection Protection Act to enable federal authorities to enforce restrictions even if regional leaders resist them.

Reiner Haseloff, premier of the eastern state of Saxony-Anhalt, said it was more important to motivate people to cooperate in order to get infections under control rather than banning them from leaving home at night.

"If no one cooperates anymore, then we have a problem. Then it doesn't matter how many laws we make," Haseloff, a member of Merkel's Christian Democrats, told MDR television.

Haseloff's Saxony-Anhalt region currently has the third highest infection rate in Germany, behind Thuringia and Saxony, all in the former Communist east.

Georg Maier, interior minister in Thuringia, also expressed concern about imposing night-time curfews, saying it would be hard for the police to enforce them in the whole region.

"Especially here in eastern Germany, this is very sensitive," Maier told the newspapers of the RND network, adding that curfews only work if they are accepted by the population.

Unlike Britain and France, Germany has been reluctant to impose drastic limits on movement in a country fiercely protective of democratic freedoms due to its Nazi and Communist past.

Opponents of the lockdown have held demonstrations across Germany, but particularly in the former east, which is more supportive of the far-right Alternative for Germany (AfD) party which has criticised restrictions.

According to the law due to be voted on by parliament next week, curfews and limits on private gatherings will be imposed on regions where there are more than 100 new infections per 100,000 residents, a figure already exceeded in most of Germany.

Schools will have to return to distance learning if the virus incidence rises above 200 per 100,000, a limit already exceeded in Saxony and Thuringia.