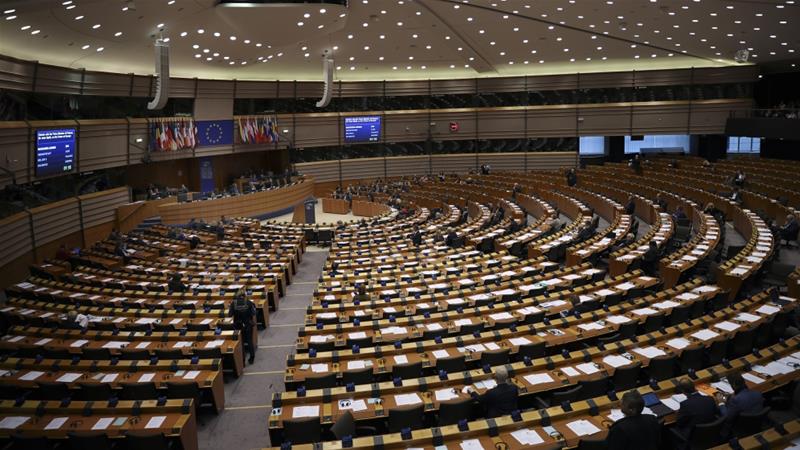 The European Parliament’s standing rapporteurs on Azerbaijan and Armenia – MEPs Željana Zovko and Traian Băsescu –, and the Chair of the Delegation, MEP Marina Kaljurand have issued a joint statement on the construction of a new highway between Armenia and Nagorno-Karabakh.

“Announced last year, the construction of a third highway connecting Armenia and Nagorno-Karabakh will kick off soon. This new road infrastructure will connect Kapan, in Armenia, with Hadrut, in Nagorno- Karabakh, passing through the districts of Qubadli and Jabrayil, which are also occupied,” said the statement released on the Parliament's website.

The decision to build this highway has been taken without the consent of the competent authorities of Azerbaijan –in violation of international law, stressed the MEPs.

“In addition, it could symbolically entrench the illegal occupation of Nagorno-Karabakh and of its surrounding districts. Therefore, we very much deplore this initiative as it does not help to create conditions conducive to trust, peace and reconciliation,” they said.

“We reiterate our unwavering support to the efforts of the Co-Chairs of the OSCE Minsk Group and their 2009 Basic Principles. For this mediation to have a chance of success, we call on the authorities of Armenia and Azerbaijan to step up their commitment, in good faith, to the negotiation on the peaceful resolution of the conflict within the internationally recognized borders of Azerbaijan.”

For the first time, EP officials adopted such a joint statement deploring the illegal activities in the occupied Azerbaijani territories and calling for the settlement of the conflict within Azerbaijan’s internationally recognized borders. The adoption of this statement is a heavy defeat for Pashinyan and Armenia.