Meeting of Turkic Council’s working group kicks off in Baku 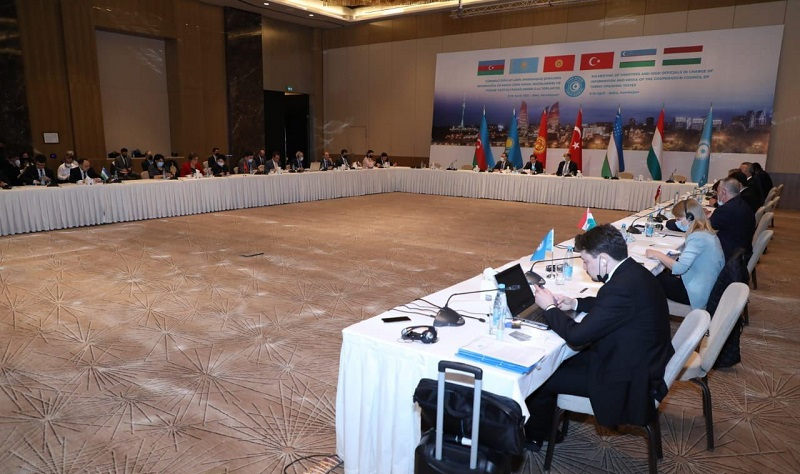 The 8th meeting of the Turkic Council's Working Group, dedicated to the preparation of the 3rd meeting of ministers and high-ranking officials responsible for information and media, kicked off in Baku on Friday.

The third meeting of the Ministers and High Officials in charge of Information and Media of the Turkic Council will be held in Baku on April 10.

The strengthening of joint activities aimed at raising awareness of events in Turkic-Speaking countries at the local and international levels, Plan of Action for 2021-2022 in the field of information and media, shooting feature and documentary films on the history and culture of Turkic-Speaking countries, implementation of training courses and exchange programs for media experts and other issues will be discussed as part of the meeting.

The event participants will visit the liberated Aghdam district of Azerbaijan, as well as the city of Ganja, which was targeted by Armenia with banned missiles during the 44-day war.