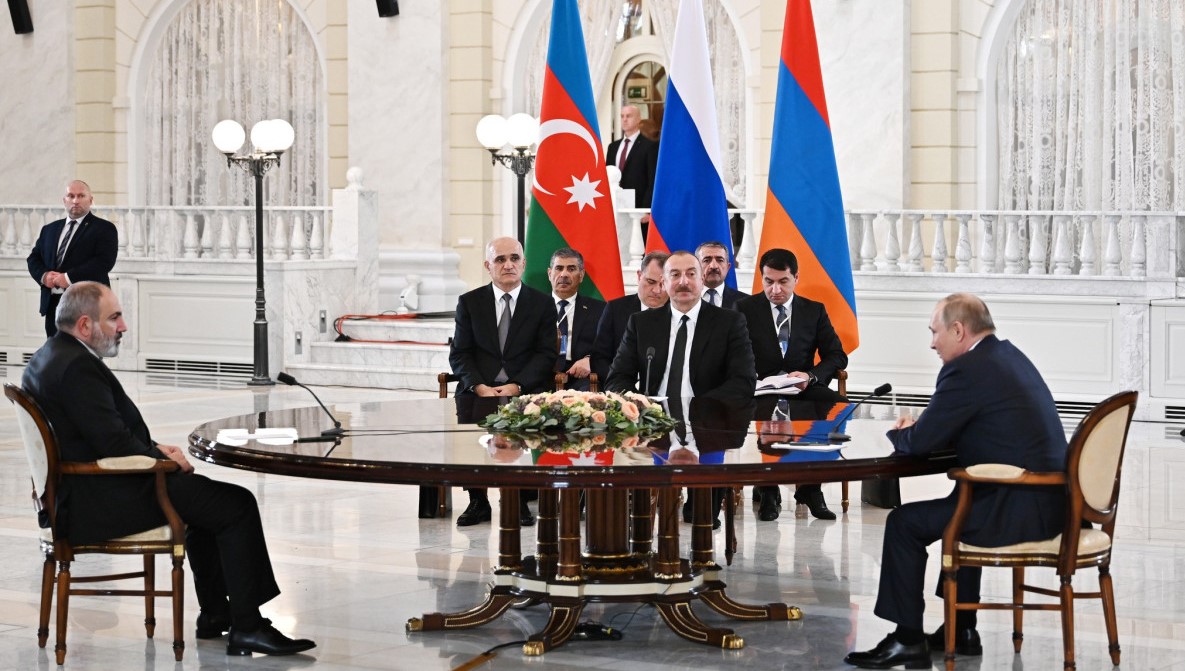 -Dear colleagues, we have held three negotiating sessions today. First, with the Armenian delegation, then face to face with the Armenian Prime Minister. Then we had a meeting with the Azerbaijani delegation and face to face with the President of Azerbaijan, and then for two hours, perhaps even a little longer, the three of us had a discussion. In our common opinion, it was a very useful meeting. I believe it has created a very good atmosphere for possible future agreements on certain fundamental issues.

We agreed on a joint statement today. I have to say quite frankly that not everything has been agreed upon. Some things had to be removed from the text previously worked out at the level of specialists. However, I do agree with the overall assessment that the meeting was useful and that it creates the conditions for further steps towards resolving the situation as a whole. Moreover, when I speak in general, I mean both the current events of the recent past and the events that took place two years ago. We did manage to agree on fundamental issues then. And today's discussion suggests that we can also agree on the future of our all countries. When I refer to our countries, I mean Russia, Azerbaijan, Armenia, and indeed all the countries of the region. Because all the peoples who live in this territory are interested in relations being normalized. Russia, for its part, will do everything to ensure that a final and comprehensive settlement is reached.

Thank you very much. I want to thank my colleagues, both the Prime Minister of Armenia and the President of Azerbaijan, for agreeing to come to Russia, to Sochi, and to have this discussion today. As agreed, we will stay in touch, we will continue this dialogue and will continue to search for the solutions that are necessary in order to put an end to this long-lasting conflict.

Thank you very much.