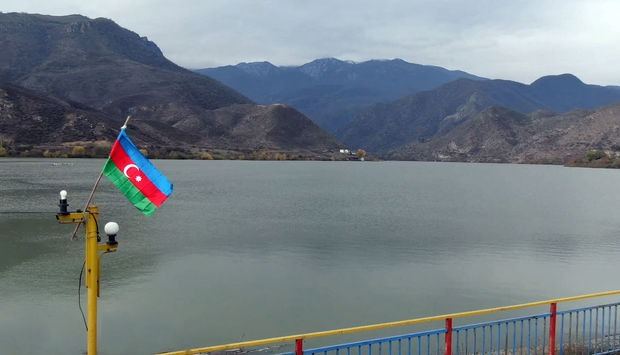 According to the press service, work on the installation of a double-circuit 35-kilovolt power transmission line has been completed, and electricity has been supplied to the village.

The head of the press service Vagif Aydinoglu noted that comprehensive measures to supply the liberated territories with energy continue.

"Work in the village of Sugovushan in accordance with the decree of the head of state within the company’s ‘Azerishig in Karabakh’ project has been completed. From 110/35/6 kV Tartar substation a 35 kV power line has been laid to the village,” Aydinoglu said.

“In Sugovushan, like in other liberated territories, the concept of ‘Smart Network’ is applied. The modern isolated and protected 35 kV power supply line in the village reduces technical losses by 2.3 times, and the probability of emergency shutdowns - by 25-30 times,” he noted.

“The 35 kV power supply line also reduces the probability of an accident in snowy and frosty weather by several times, the spending on using electric poles – by 3-5 times, and the cost of operation and maintenance - by 4 times,” the spokesperson added.

“Besides, the power supply line eliminates the risk for life and health of the population, which allows the use of the largest (more than 5 times) usable area of the land plot per kilometer of protective transmission line zones,” he further said.

According to Aydinoglu, a 3.5-kilowatt power plant has been built to supply power to Sugovushan and Talish, as well as other villages of Tartar district.

"In the future, it’s planned to install a second 35 kV transformer at the substation. At present, the military unit is supplied with electricity from the substation," he also added.

Along with the foregoing, overhead power lines (0.4 kV) were restored in the internal network of the village, and new SIP cables were laid. Thus, the village is being fully supplied with electricity, concluded the company’s representative.