Media: Large amount of mortar ammunition was delivered from Serbia through Georgia to Armenia 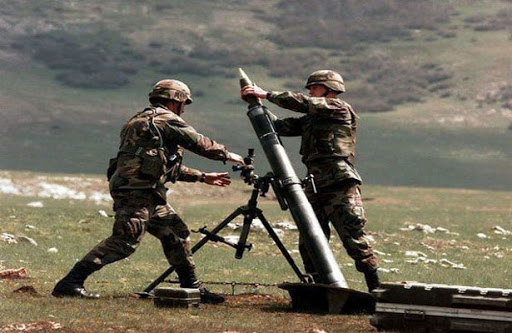 Azerbaijani media reported that Armenia was preparing in advance for a treacherous and insidious attack on the border of Azerbaijan, which began on July 12 and lasted four days.

Thus, it became known from military sources that several days before the attack and during the height of hostilities a large batch of mortar ammunition of various calibers was delivered from Serbia through Georgia to Armenia.

In this regard, Charge d'Affaires a. i. of Serbia in Azerbaijan Danica Veinović was summoned to the Ministry of Foreign Affairs of Azerbaijan on July 20 where she held a meeting with Deputy Minister Khalaf Khalafov.

In turn, News.Az also sent a request to the Embassy of Georgia in Azerbaijan, where it was reported that soon the official position of Georgia on this issue will be presented to the public in the form of a statement of the Ministry of Foreign Affairs.

It should be noted that earlier the Georgian United National Movement Party also demanded explanations from the Ministry of Foreign Affairs of the country in connection with the information disseminated in Azerbaijani media.

Thus, member of the party Salome Samadashvili stated: "The information of Azerbaijani media on weapon delivery to Armenia through the territory of Georgia is of great concern. According to Georgia's international obligations, military cargo cannot be delivered through the territory of Georgia. We call on the Foreign Ministry to bring clarity to this issue in the face of the public".