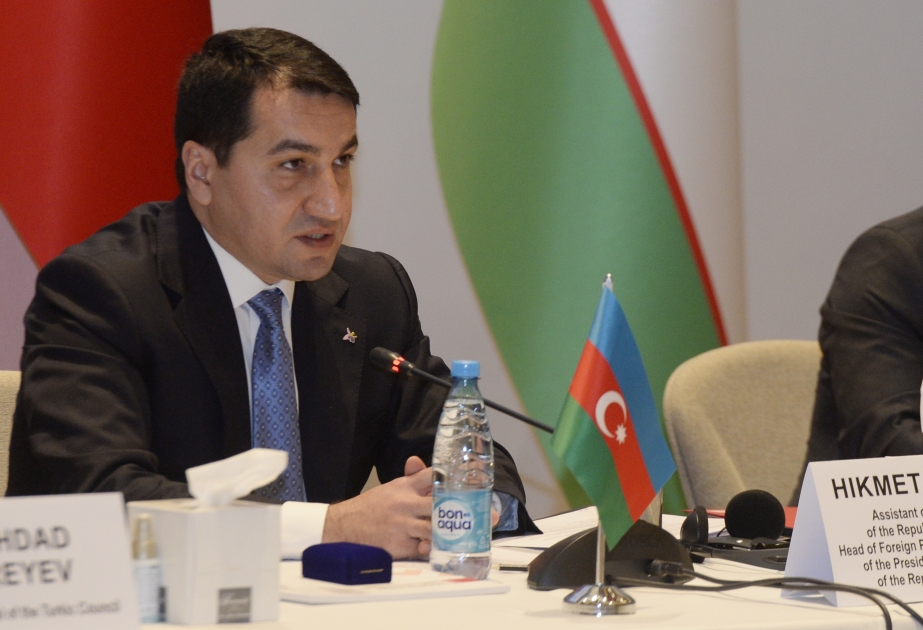 Azerbaijan is a supporter of further systematization of cooperation in the field of media within the Turkic Council, Head of the Foreign Affairs Policy Department of the Azerbaijani Presidential Administration Hikmat Hajiyev said.

Hajiyev made the statement answering questions of journalists after the 3rd meeting of ministers and high-ranking officials responsible for information and media of the Turkic Council's member countries held in Baku.

"Until now, there have been good initiatives, but one of the decisions we have come to is that it’s necessary to create a Media Coordination Committee," he said. "In this direction, the work should be carried out similar to that one within the relevant committees in other areas."

The official noted that private media resources of the countries should be also involved in the work.

"This will help to cover information more widely. We are also thinking about the concept of media forums. If business forums are held between the countries, then direct ties should be established in the field of media as well. In the present days, media agencies frequently refer to non-original sources," added Hajiyev.