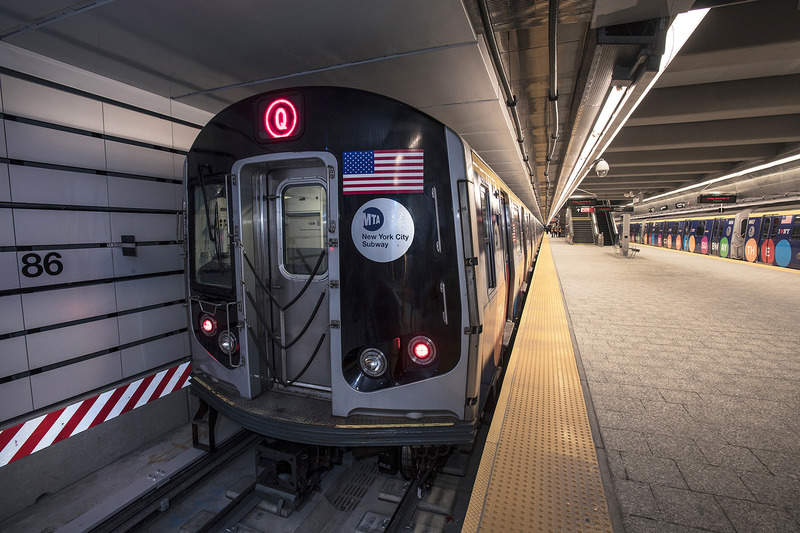 A subway shooting in Manhattan on Monday afternoon left one man injured and a train full of passengers shocked, News.Az reports citing CBS.

Police say it all started with an attempted robbery, CBS2’s Cory James reported.

It was a chaotic and frightening ride for passengers on board the northbound N train heading to the Union Square subway station. Police say before the line stopped at the platform, a 42-year-old man was shot once in the leg, after the gunman demanded his cellphone.

Berman added she could not believe the incident happened.

“It’s scary and unexpected,” she said.

Yellow tape blocked off the N, Q, R, and W platform, where the victim was treated and suspect took off. One rider said he watched the scene in disbelief.

“The fact that this could happen during the middle of the day, it’s very troubling,” he said.

And it made a doctor’s commute home challenging. He was forced to find a different platform because of the violence.

“It’s crazy traveling on the trains these days,” the doctor said.

“We’re not going to put up with this kind of stuff. The subways are safe, statistically speaking, but they also have to feel safe,” Acting MTA Chairman and CEO Janno Lieber said.

And to stay safe, the NYPD is giving advice to those thinking about challenging or not complying fast enough with any armed suspect.

“If there is a person with a gun, then maybe you should give the property up,” Assistant Chief Vincent Coogan said.

The victim was taken to Bellevue Hospital and is expected to be OK.

No arrest have been made and the police investigation is ongoing.