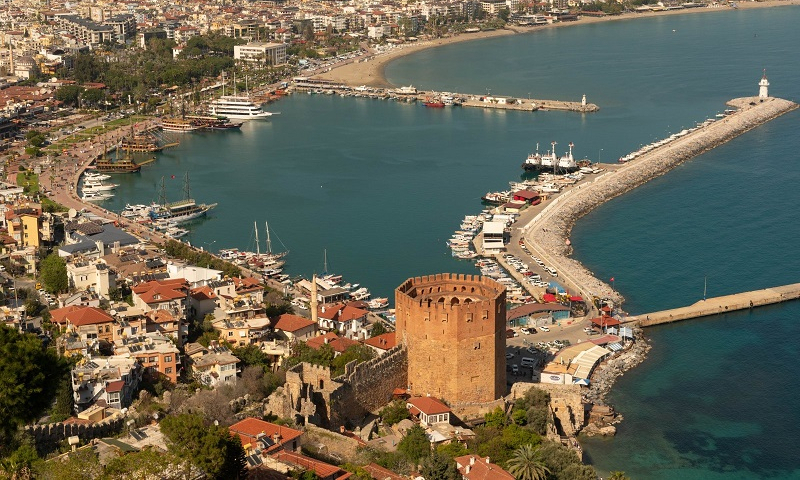 AFAD noted that there have been no reports of damage or casualties following the earthquake.

Alanya District Governor Fatih Ürkmezer told Anadolu Agency (AA) that they are investigating if there has been any damage.

"The wardrobes and chandeliers were shaking. We woke up with horror and I ran to my children's room immediately," Antalya resident Mahir Yıldız told AA.

Most of Turkey is located on the Anatolian tectonic plate, which sits between two major plates, the Eurasian and African, and a minor one, the Arabian. As the larger African and Arabian plates shift Turkey is being literally squeezed, while the Eurasian plate impedes any northward movement. Thus, Turkey sits on several fault lines.

Professor Süleyman Pampal, an earthquake expert from Gazi University in the capital Ankara, told broadcaster CNN Türk that the earthquake was "normal" for Antalya and did not need "an extra vigilance." He said the earthquake occurred at a location on the edge of tectonic plates and noted that Antalya had earthquakes above the magnitude of 7.0 in its history. He added that it was not clear whether it would be a predecessor for a "bigger earthquake."

"But it is an indicator that the region has more seismic activity in recent years and we have to be cautious in this sense," he said. Pampal noted that the fault line where the earthquake took place was "as dangerous as North Anatolian Fault Line," the culprit in major earthquakes in country's northwest, including a 1999 earthquake which claimed thousands of lives. "We remember earthquakes in Istanbul, Izmir or Van but there is potential for bigger earthquakes in the Mediterranean region," he said.