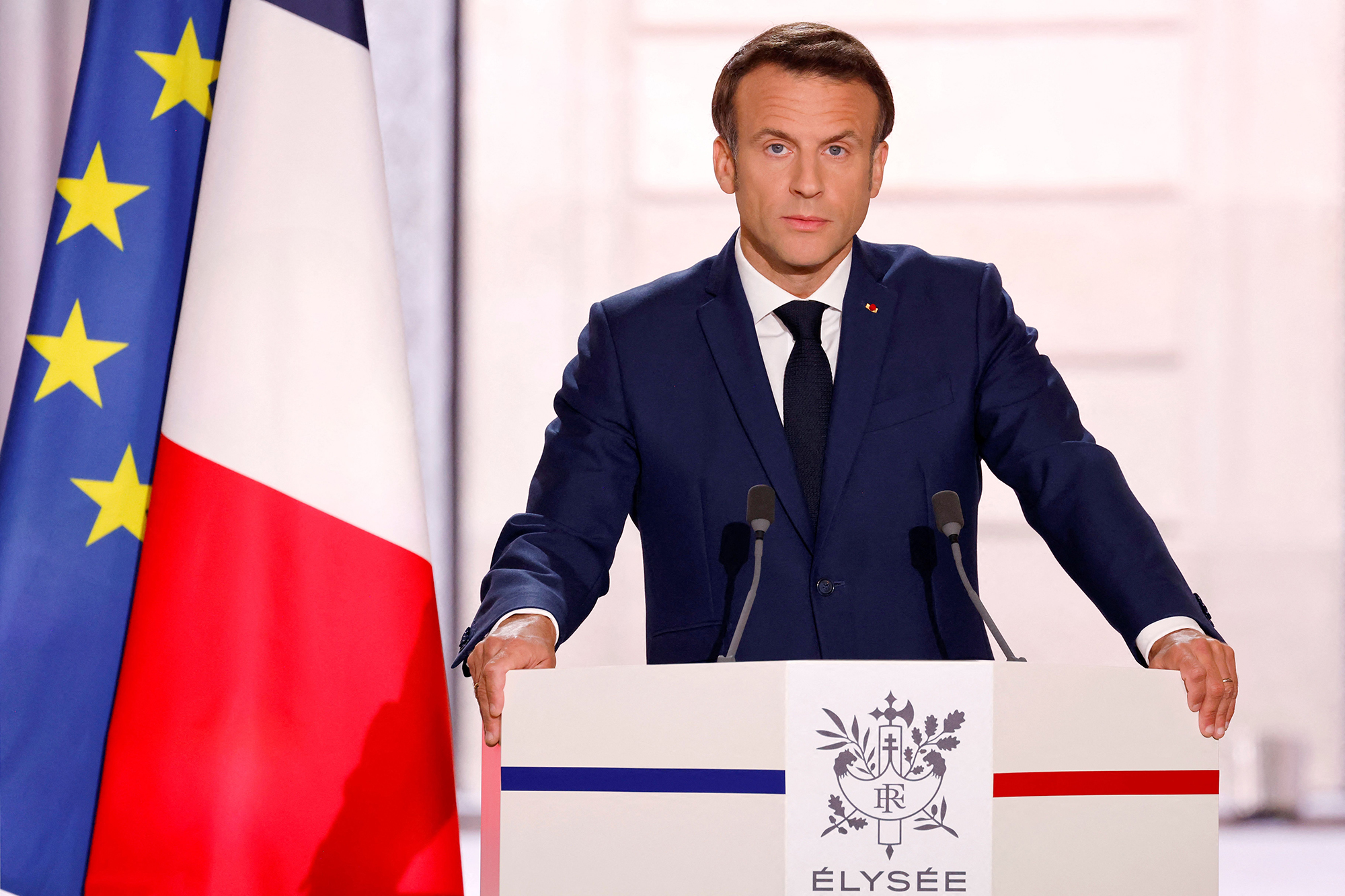 French President Emmanuel Macron spoke about the war in Ukraine during his inauguration on Saturday, saying France needs to "act to avoid" any escalation in the conflict, and vowing to "help democracy and courage" prevail, News.az reports citing CNN

The French leader told his country that by re-electing him as President, France had chosen "a project of independence in a destabilized world."

"Where many peoples have chosen withdrawal, sometimes giving in to nationalist temptation, to nostalgia for the past, to the sirens of ideologies whose shores we thought we had left in the previous century, the French people have made the choice of a clear and explicit project for the future. A republican and European project," Macron added.