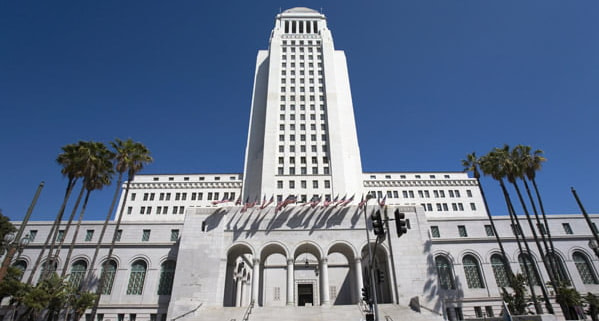 The last two years of the unsettling COVID ailment has only done one good thing for the American citizens. It shone a bright light on the political echelon’s corruption, local and national. LA City Council corruption is documented in the news. If the American people were under the honest impression that the politicians they elect to represent them indeed represent them, they were hugely mistaken. It is alarming and an awakening.

The Los Angeles (LA) City Council are a cadre of local politicians involved in corruption, and causing poverty, crime, drug abuse and freelance thievery in the state. All these aspects are on the rise in the city and beyond. Yet, even with all the mounting problems locally, some of the LA City Council members find time to collaborate with a foreign government, Armenia, and commiserate with its atrocious crimes.

Indictments For Bribery and Corruption

In the past several years, LA City Council members have been indicted for bribery and corruption; three indictments in two years for current or former LA City council members. 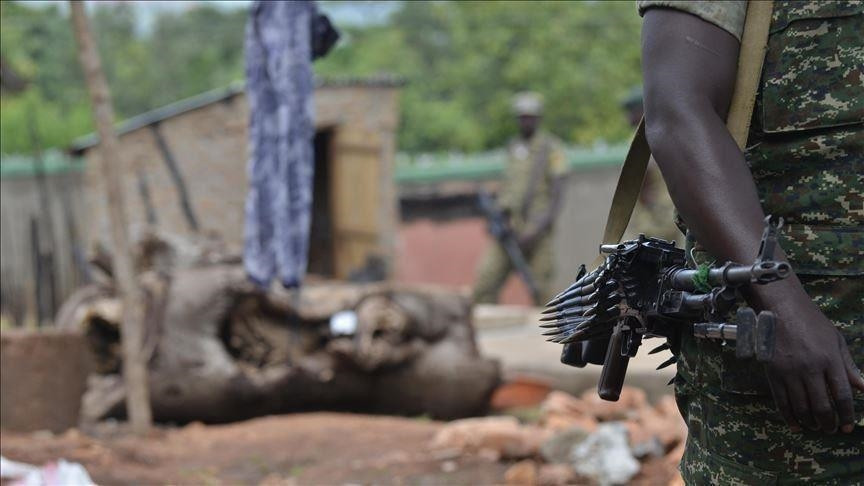 Statistics indicate that there are 66,000 homeless people lounging and camping in every city park and corner, a growing depressing phenomenon. Yet, LA City Council members find the time to support Armenia, a bad actor in the Caucasus, a region 7,000 miles away from Los Angeles City Hall, spanning Europe and Asia.

A question must be asked: why do Los Angeles City Councilmembers support Armenia?

After all, Armenia’s notoriety is from its ghastly crimes against its neighbor Azerbaijan. It is well-known that many Armenians supported the Nazi regime during World War Two. And still, today, Armenian Nazi collaborators are hailed as national heroes in Armenia with huge statues erected to commemorate them. That is a disrespectful fact to Jews, but the Jewish members of the LA City Council ignore it.

Why would that be? Is it possible that the LA City Council members are compromised to the Armenian lobby? Are lobbyists greasing their campaign bank accounts? There are whispers that this is the reality of LA City Council projects. If that is true, it would mean there is dishonesty going on behind the scenes. Are some council members politically and financially opportunistic?

Mitch O’Farrell is currently a member of the Los Angeles City Council for the 13th district, which covers Silver Lake, Echo Park, and Westlake communities.

On November 1, 2021, Mr. O’Farrell proudly posted a Tweet: “I was honored to help welcome Artak Beglaryan, Minister of State, Republic of Artsakh, to Los Angeles City Hall on Friday.”

“Artsakh” is the name the Armenians used to address the Azerbaijani territory of Karabakh, which Armenia illegally occupied for 30 years. This occupation ended in 2020, after the 44-day war between Azerbaijan and Armenia in which the territory was liberated by its rightful owner, Azerbaijan.

“Artsakh” was not recognized by the world community because internationally it is recognized as part of Azerbaijan.

Mr. O’Farrell ignored the fact that the United States never recognized “Artsakh,” therefore, Artak Beglaryan is a “minister” of a non-existent state, “Republic of Artsakh.”

But the story does not end here with bogus proclamations and blatant lies. Mr. O’Farrell continued his tweeting: “Together, with some of my Council colleagues, we discussed how Los Angeles can assist and give aid to the Republic of Artsakh, which has been the target of Turkish and Azerbaijani aggression, as well as occupation.”

Mr. O’Farrell’s assistance to the non-existent “Republic of Artsakh” goes against U.S. policy: “The United States is among the vast majority of countries that do not recognize Artsakh as a sovereign nation and instead recognizes the region of Artsakh, or Nagorno-Karabakh as part of Azerbaijan.” His guest, Artak Beglaryan, is a fake “minister” of a non-existent “Artsakh.”

It would be interesting to discover where any support the council members assemble for “Artsakh” will be used.

Another piece of propaganda in Mr. O’Farrell’s tweets is that Turkey and Azerbaijan used aggression and occupation against the non-existent “Artsakh.” The aggressor in that area was Armenia in its occupation and the massacre of Azerbaijani civilians during its invasion and war against Azerbaijan between the years 1988 to 1994. Turkey is simply Azerbaijan’s ally, as is Israel, and only gave Azerbaijan political support.

A short time of research and study by Councilman O’Farrell, would show him that the 44-day war in 2020 between Azerbaijan and Armenia ended Armenia’s 30-year illegal occupation of Karabakh. His photo-op with Artak Beglaryan only proves that he is ill-versed on the region’s history. Either that or there is much more here than meets the eye.

O’Farrell’s Tweeting goes on: “As the representative of Little Armenia, I am proud to stand in solidarity with Armenians everywhere, including the people of Artsakh, and pledge to help in every way we can.” 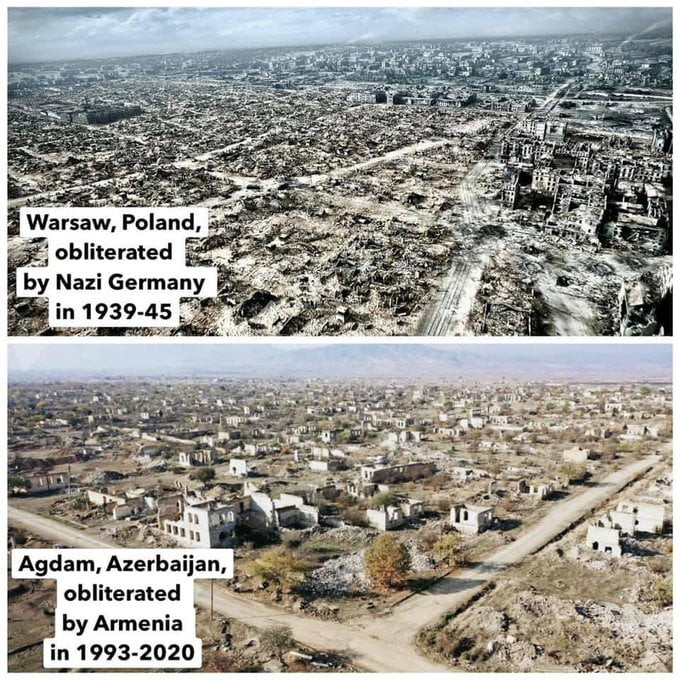 Do Councilman O’Farrell and his council colleagues also stand in solidarity with Armenia’s invasion and illegal occupation of 20% of Azerbaijan’s sovereign land? Are they in solidarity with the ethnic cleansing the Armenians perpetrated there? The Armenians expelled 800,000 Azerbaijanis, looted and razed their homes to the ground, and committed the well-documented Khojaly Genocide.

Do they stand in solidarity with the Armenians who, during the missile attacks in the 2020 44-day war, destroyed 65 mosques and murdered 100 civilians in the Azerbaijani cities of Ganja, Barda and Tartar, located far away from the war zone?

Where is the moral compass of Mr. O’Farrell and his council colleagues? Are they in such desperate need of Armenian donations for their election campaign that they support these horrendous crimes without any compunction or self-integrity?

The Link Is Paul Krekorian

Paul Krekorian, currently serving as a member of the Los Angeles City Council, representing the 2nd Council District, is the first Armenian-American to be elected to office in the City of Los Angeles.

The Dashnaktsutyun Party, the Armenian Revolutionary Federation, collectively referred to as Dashnaks for short, is an Armenian nationalist and socialist political party founded in 1890 in Tiflis, Russian Empire, now Tbilisi, Georgia. Today the party operates in Armenia, Lebanon, Iran and in countries where the Armenian diaspora is present, which includes the large Armenia expat community of the vast Los Angeles County.

During World War II, Dashnaks supported Hitler and his murderous agenda – the Holocaust. The active Dashnak leaders even became Nazi collaborators. Today, those Nazi collaborators are celebrated as national heroes, both in Armenia and among Dashnaks in Los Angeles and beyond.

More so, JCAG (Justice Commandos of the Armenian Genocide) – an Armenian terrorist organization that claimed the lives of 25 innocent civilians, has been acting as a terrorist arm of Dashnaks. Their main lobbying arm is the Armenian National Committee of America (ANCA), who, through their members, fund the election campaigns of many U.S. Senators and Congresspersons, as well as California legislators and Los Angeles City Councilmembers, like Mitch O’Farrell, Paul Koretz, Kevin de León and others could be named.

Do American Politicians Understand Who They Align With?

Via his Twitter account, Nasimi Aghayev, Consul General of Azerbaijan in Los Angeles, addressed this question to the elected officials of California, who met with Artak Beglaryan: “Did you discuss Armenia’s internationally condemned crimes? Or, the continued election campaign support from Armenian special interests in LA was the number one issue of the meeting?”

California citizens who are now informed of the facts of the Nagorno-Karabakh two wars and the Armenian lobby at work in their city and state, should condemn the connection between their elected state and city of Los Angeles officials and the fake “Artsakh minister” and their support for Armenia’s despicable crimes.