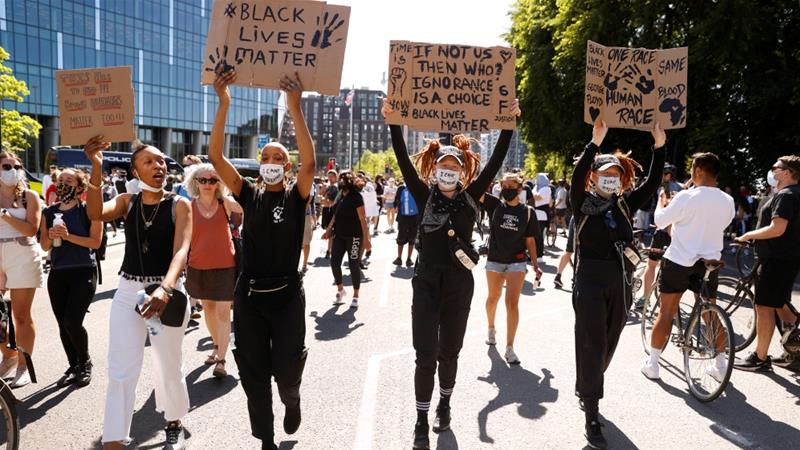 The Met Police placed restrictions on several groups intending to protest on Saturday.

Measures including requiring the events to end at 17:00 BST are in place following violent scenes last weekend.

A Black Lives Matter demonstration planned for Saturday was brought forward by a day over fears there could be clashes with far-right groups.

Organisers urged people not to join any anti-racism rallies planned for the weekend.

However, other demonstrators gathered around the Cenotaph war memorial in Whitehall and the boarded-up statue of Winston Churchill in Parliament Square on Saturday.

Various groups from around the country, including right-wing activists and groups formed of football supporters, said they had come to London to protect symbols of British history.

Among the demonstrators was Paul Golding, leader of the far-right group Britain First, who said they had turned out to "guard our monuments".

The statue of Churchill was boxed up to protect it from potential damage, after protesters daubed "was a racist" on it last weekend.

Protesters sang the national anthem and chanted "England", amid a tense atmosphere and heavy police presence.