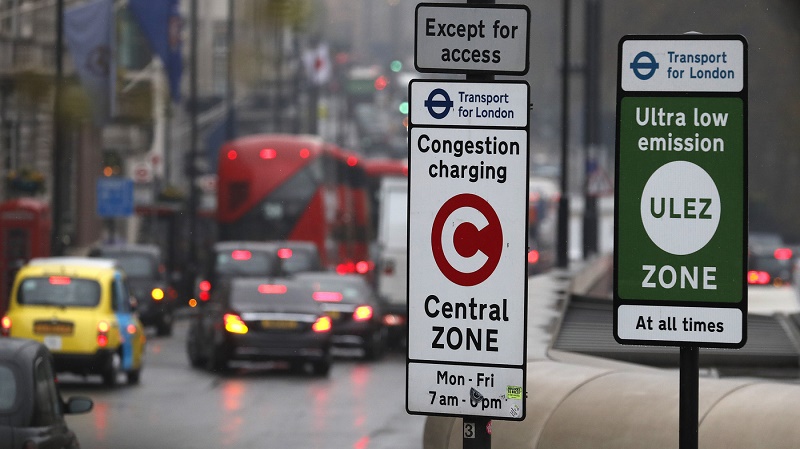 Around 3.8 million people live within the zone which extends to the north and south circular roads around the British capital.

The enlarged zone is an extension of what was the world's first Ultra Low Emission Zone (ULEZ) covering mainly central London.

A City Hall spokesperson said: "The new zone covers one quarter of London and is the largest zone of its kind in Europe. It will bring the health benefits of cleaner air to millions more Londoners. The scheme will operate 24 hours a day, every day of the year except Christmas Day."

The ULEZ is also a crucial step towards London's ambitions to tackle the climate emergency and put the city on the path to be a net zero carbon city by 2030.

Mayor of London Sadiq Khan said: "This is a landmark day for our city. Expanding the Ultra Low Emission Zone today will clean up London's toxic air pollution and help tackle the global climate emergency by reducing emissions."

"In central London, the ULEZ has already helped cut toxic roadside nitrogen dioxide pollution by nearly half and led to reductions that are five times greater than the national average. But pollution isn't just a central London problem, which is why expanding the ULEZ today will benefit Londoners across the whole of the city and is a crucial step in London's green recovery from this pandemic."

According to Khan, pollution leads to 4,000 Londoners dying early each year and children in the capital growing up with stunted lungs.

Sarah Woolnough, CEO of the charities Asthma UK and the British Lung Foundation welcomed the move.

"Whilst this is a huge step in the right direction, we mustn't be complacent against this invisible threat. The fact of the matter remains that the majority of people living in London, are still living in areas where pollution levels are dangerously high," Woolnough said.