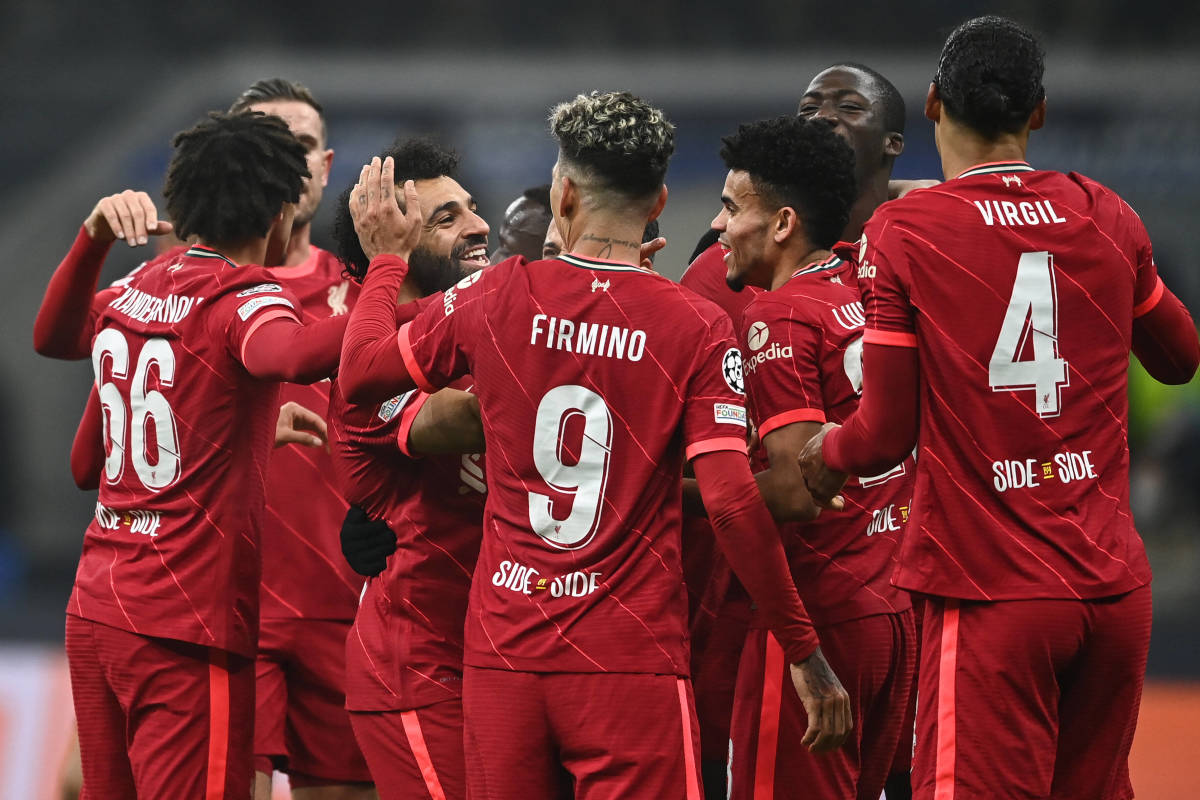 Liverpool put one foot in the Champions League quarter-finals on Wednesday with a 2-0 win at Inter Milan.

Goals from Roberto Firmino and Mohamed Salah in the last quarter of an hour gave Liverpool a commanding lead ahead of the last-16 second leg at Anfield, which will be played on March 8.

The result was harsh on Italian champions Inter, who dominated the contest at the San Siro for long periods after the break and struck the woodwork through Hakan Calhanoglu in the 16th minute.

However they could not find their way past a Liverpool backline impeccably marshalled by Virgil van Dijk and were punished late on by a Reds team who have now won their last seven matches in all competitions.

The quarters now look a step too far for Inter after making the knockout rounds of the Champions League for the first time in a decade.

Bayern Munich were held to a 1-1 draw with Red Bull Salzburg at Stadion Salzburg.

Chukwubuike Adamu opened the scoring for Salzburg in the 21st minute while Bayern Munich leveled the match with a stoppage-time goal from Kingsley Coman.