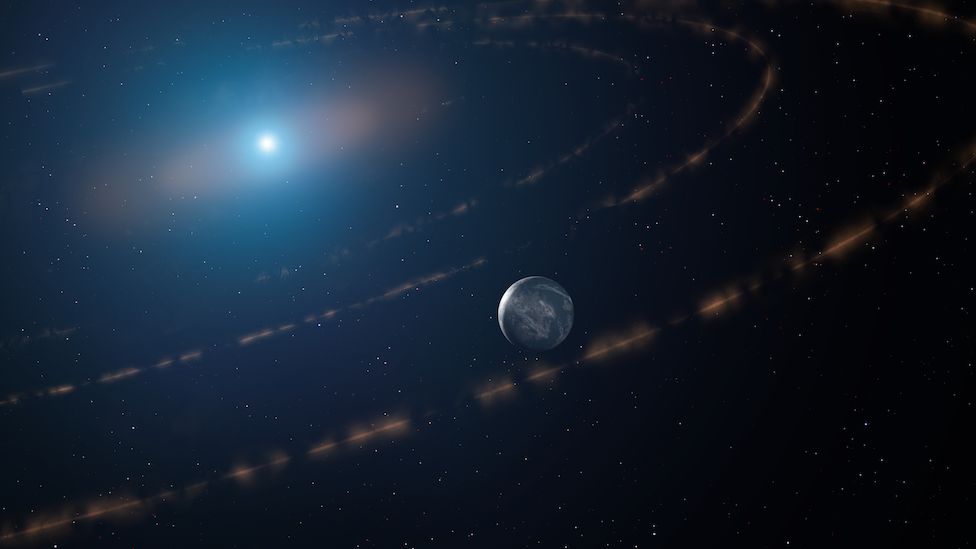 Researchers believe there may be a planet that could sustain life, in the vicinity of a dying sun, News.Az reports citing BBC.

If confirmed, this would be the first time that a potentially life-supporting planet has been found orbiting such a star, called a "white dwarf".

The planet was detected in the star's "habitable zone", where it's neither too cold nor too hot to sustain life.

The study is published in the monthly notices of the Royal Astronomical Society.

Prof Jay Farihi of University College London, who led the study, said the observation was completely new to astronomers.

"This is the first time that anything has been seen in the habitable zone of a white dwarf. And thus there is a possibility of life on another world orbiting it," he told BBC News.

While very large stars become black holes when they die, smaller ones like our own Sun become white dwarves - stars that have used up all their nuclear fuel and lost their outer layers.

They are usually the size of a planet, and emit a bluish-white light when first formed.

The possible planet, which is 117 light years away from Earth, is thought to be 60 times closer to the star than our planet is to the Sun. 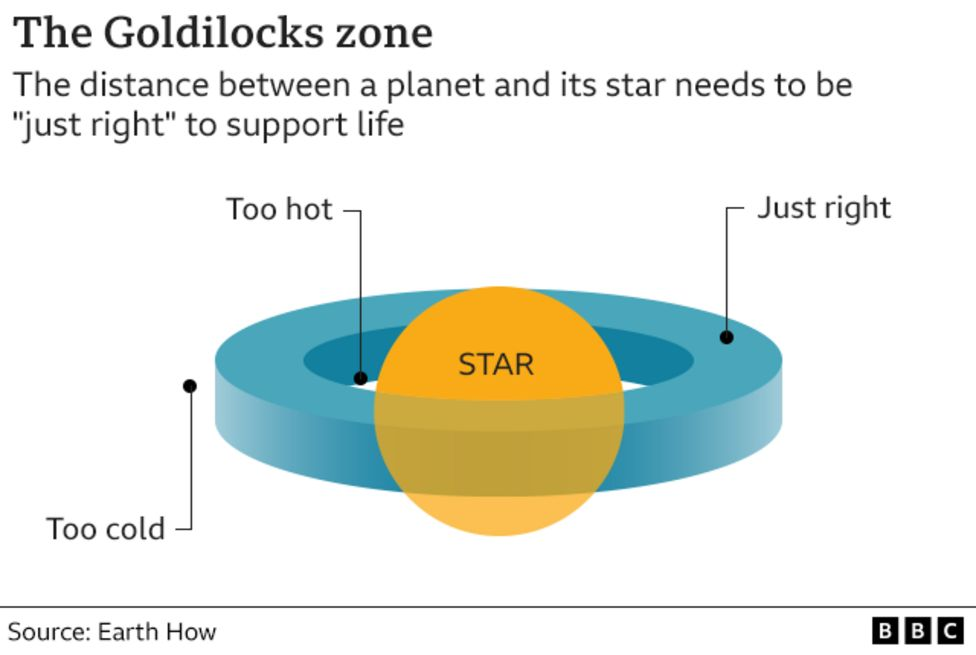 The research team do not have direct evidence of the planet's existence - but the movements of 65 Moon-sized structures orbiting the white dwarf's habitable zone, suggest it is there. The structures' distance in relation to each other does not change, suggesting that they are under the influence of the gravity of a planet in the vicinity.

"It was a shock to the team," said Prof Farihi. "The motion was so eerily precise you couldn't make this stuff up."

The habitable zone is a band around the star where liquid water could exist on a planet, and therefore support life. It is often referred to as the "Goldilocks zone", because if the planet is too close to the star it will be too hot, and if too far it would be too cold, whereas inside the band conditions are "just right".

The results should act as a spur for astronomers to actively search for direct evidence of planets around white dwarfs.

"Usually in astronomy, if we find one, it usually means that it's common," said Prof Farihi.