“Let them mind their own business”: President Aliyev tells France and Canada 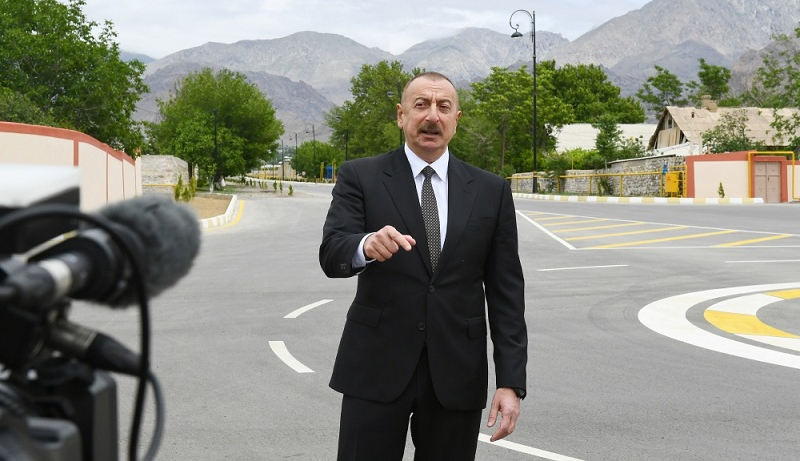 Sometimes countries located at the other end of the world make statements about the processes taking place in Azerbaijan, and this is unacceptable, President Ilham Aliyev said in an interview with Azerbaijan Television during his trip to the Nakhchivan Autonomous Republic on Monday.

“I can refer to Canada as an example. I was recently informed that the Canadian Ministry of Foreign Affairs had made a statement on Azerbaijan and our internal affairs. What right does it have to do that? Who gave it such a right? What does Canada consider itself to be? Is it perhaps a superpower we didn’t know of. It is probably a second Luxembourg, a second superpower we didn’t know of. Let them mind their own business,” the head of state said.

“We have repeatedly expressed our objection to the French side to leave us alone. They should mind their own business. The chairman of the French Senate comes to Yerevan where he declares that the French Senate will recognize Nagorno-Karabakh. When we appeal to the French government over this issue, when we express our protest, we are told not to pay attention to that because it is a legislative body and its statements do not reflect the position of the French government. But what about the Ministry of Foreign Affairs? Doesn’t it reflect the position of the government? What kind of statements are these? Let them go and mind their own business,” the president added.

The head of state also called for an end to an ugly campaign against Azerbaijan over the Military Trophy Park in Baku.

“A French museum displays the skulls of slain leaders of the Algerian National Resistance Movement. Go and look in the mirror-how many more times do I have to say that? I have to say this to journalists, foreign journalists, foreign politicians. And I will keep saying that. I will not remain tight-lipped. But they should mind their own business. They are up to their neck in problems. They have thousands of problems,” he concluded.