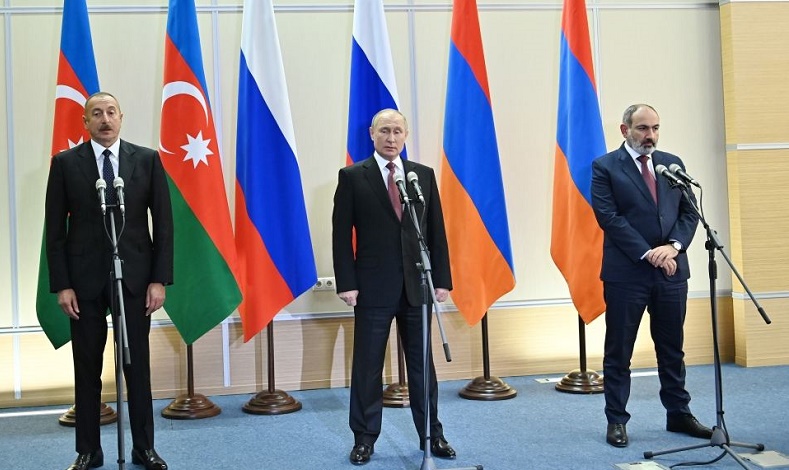 "We, the President of the Republic of Azerbaijan Ilham Aliyev, the Prime Minister of Armenia Nikol Pashinyan and President of the Russian Federation Vladimir Putin met on November 26, 2021, in Sochi and discussed the implementation of the statement dated November 9, 2020, that was on a complete ceasefire and all hostilities in the Karabakh conflict zone, as well as a statement dated January 11, 2021, which was about unblocking of all economic and transport links.

We reaffirm our commitment to further consistent implementation and strict adherence to all provisions of the statements of November 9, 2020, and January 11, 2021, in the interests of guaranteeing stability, security and economic development of the South Caucasus. We agreed to enhance joint efforts aimed at the earliest possible solution of the remaining responsibilities arising from the statements of November 9, 2020, and January 11, 2021.

We noted the significant contribution of the Russian peacekeeping contingent to stabilizing the situation and ensuring security in the region.

We agreed to take measures to increase the level of stability and security on the Azerbaijani-Armenian border and the process of the delimitation of the state border between the Republic of Azerbaijan and the Republic of Armenia, as well as to work towards the creation of a bilateral commission on the demarcation of the borders following the consultation with the Russian Federation at the request of the parties." 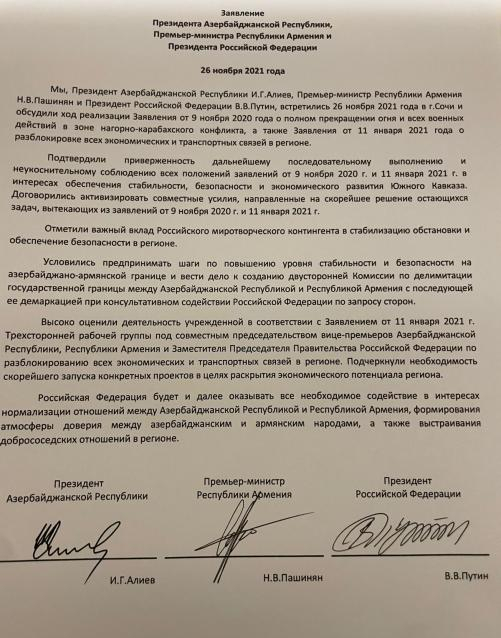