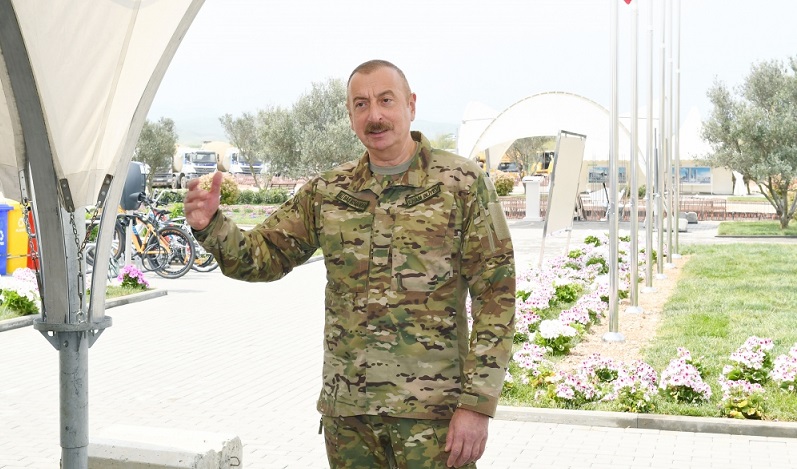 The first village project has already been launched in liberated Zangilan, and the foundation stone of Aghaly village was laid, which is the first step in a great return, Azerbaijani President Ilham Aliyev said during a groundbreaking ceremony for an international airport in Zangilan.

“We are already starting this work a few months after the war. Infrastructure work is underway. The reconstruction of Aghaly village, the first “smart village” project, has started,” the head of state said.

He noted that Aghaly village was liberated from occupation on October 28, and six months later, the foundation stone of a new village was laid in the village.

“It will be an exemplary village. The technologies to be applied in this village meet the most modern standards. Houses, public buildings, and social facilities will be built. Jobs and arable lands have been identified. The nature and natural resources of Zangilan as a whole will allow us the opportunity to turn this district into one of the most advanced regions of Azerbaijan,” the head of state said.

“The great return has begun. The airport I laid the foundation stone of today shows the strength of our state. The foundation of the new Horadiz-Zangilan highway will be laid a little later. This 4-6-lane road runs parallel to the existing road and ushers ample opportunities. These projects are very important for linking Zangilan with other districts of Azerbaijan and the Nakhchivan Autonomous Republic. I congratulate the people of Zangilan and all the people of Azerbaijan on this event,” President Aliyev added.