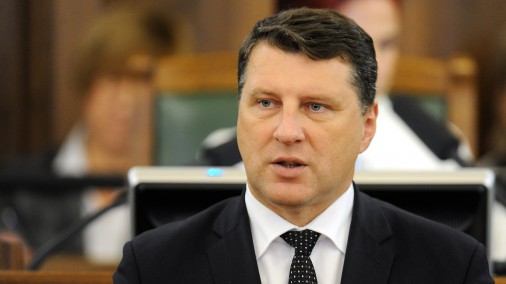 The settlement of the Armenia-Azerbaijan Nagorno-Karabakh conflict will bring stability to the region, Latvian President Raimonds Vējonis told reporters on the

The two-day forum titled “The Future of International Relations: Power and Interests” kicked off in Baku March 16, Trend reports.

It is very important for the international community to contribute to the settlement of the Nagorno-Karabakh conflict through diplomatic methods, President Vējonis added.

The president touched upon the meeting with Azerbaijani Foreign Minister Elmar Mammadyarov, with whom he also discussed the Nagorno-Karabakh conflict, international topics, cooperation between the EU and Azerbaijan, Latvia and Azerbaijan.

Latvia is interested in closer cooperation with Azerbaijan in implementing the North-South project, which partially passes through Azerbaijan as Latvia has always been and will be a good regional hub, the president said.