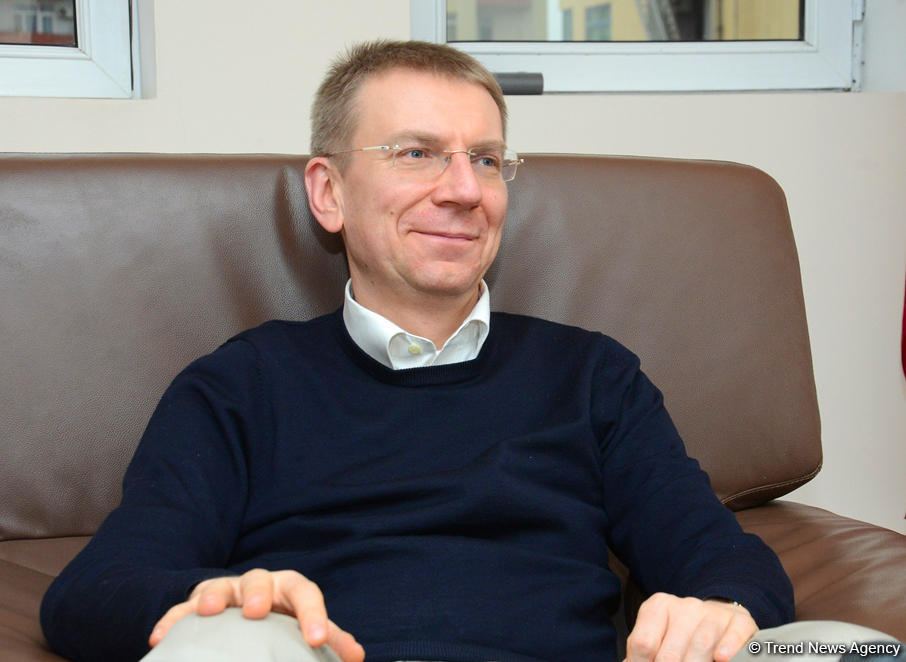 Latvia is interested in extending the ZUBR container train route through Ukraine to Azerbaijan and then to China, said Latvian Foreign Minister Edgars Rinkevics in a briefing after negotiations with his Azerbaijani counterpart Elmar Mammadyarov in Baku Feb. 13.

Rinkevics believes that this issue will be under further scrutiny, Trend reports.

ZUBR is a joint container train project of railway administrations of Latvia, Belarus, Ukraine and Estonia. It was launched in 2009.

This in itself means the rapprochement of three different regions, he noted, adding Azerbaijan won’t content itself with the International North-South Transport Corridor.