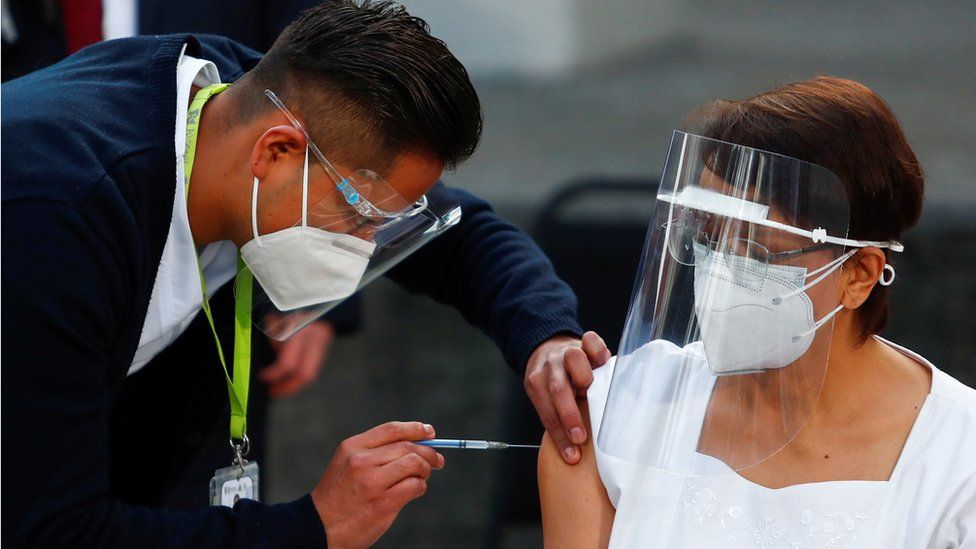 A Mexican nurse became the first person in Latin America to receive a coronavirus jab when her country began its vaccination programme on Thursday, BBC reports.

Mexico has received an initial shipment of 3,000 doses of the US-German Pfizer-BioNTech vaccine.

The country has one of the highest pandemic death tolls in the world, behind only the US, Brazil and India.

Argentina also plans to start inoculations in the next few days but has chosen the Russian-produced vaccine Sputnik V for its initial phase, with a delivery of 300,000 doses arriving in the capital Buenos Aires on Thursday morning.

Brazil, which has recorded the highest number of deaths in the region, is not due to start until mid-February despite a recent surge in the number of cases.

President Jair Bolsonaro says he is not planning to be inoculated. He believes he has developed immunity against coronavirus as he tested positive earlier this year.