Lachin corridor is under our control, we can stop any car there - President Ilham Aliyev 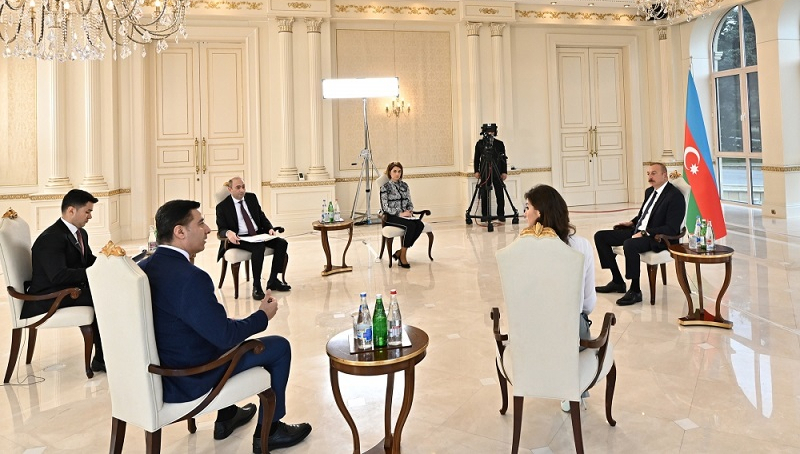 In assessing the work of peacekeepers, I think we need to look at it from a broader perspective, and, of course, there are many sources of concern. At the same time, it would be unfair not to mention their positive function. They are performing an important function now. At the same time, they accompany the sending and transportation of both our servicemen and cargo to Kalbajar and Lachin districts, and I can say in principle that I am positive about their overall activities, said President Ilham Aliyev in his interview with local TV channels.

The head of state said: “Last year clarified many things because, at the same time, a new element emerged in our relations with Russia, which did not exist before. Azerbaijan-Russia relations have always been very positive. But last year, these relations became more dynamic and there were more contacts, including those at the presidential level and various other levels. This was a novelty for our relations, and this innovation could have created problems for bilateral relations or strengthened them. I can say that when analyzing last year and this year, the peacekeeping mission has had a positive impact on bilateral relations with Azerbaijani partners. Therefore, we must know this, the citizens of Azerbaijan must know this.”

Touching upon the issues of concern, President Ilham Aliyev said that several claims were made officially to Russia regarding illegal visits. The same steps were taken in connection with the recent illegal visit of Valérie Pécresse. We were told that they did not see it, did not know of it, that it fell out of focus, that she went there in an ordinary car, and so on. “It was an organized trip because Valérie Pécresse could not go there with the escort she wanted and went with a very limited number of people. She was accompanied by France’s former foreign minister, EU Commissioner Barnier. They went there secretly and returned. When they returned, the news came that they were probably afraid that we would have stopped them in the Lachin corridor. Because if we knew they were there, we wouldn't have let them back, unequivocally. The Lachin corridor is under our control. You have been to Shusha and seen it. We can stop any car there and no one can tell us anything,” the President said.