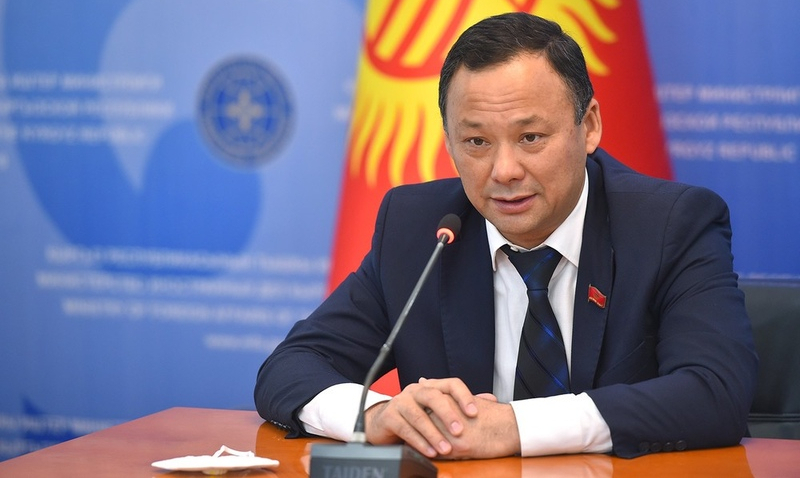 Kyrgyzstan is interested in using multimodal transport corridors through the territory of Azerbaijan, Kyrgyz Foreign Minister Ruslan Kazakbayev said during a joint press conference with his Azerbaijani counterpart Jeyhun Bayramov in Baku Friday.

“We examined the interaction of our countries at international platforms. Our positions coincide on many issues. We have no political problems. We discussed our cooperation mainly within the UN, TURKPA, and CIS, as well as the developing international forum of Turkic culture and in other international organizations. We note the special leading role of Azerbaijan in the Non-Aligned Movement (NAM). An agreement was reached on holding the next meeting of the intergovernmental commission in 2021, holding inter-ministerial consultations, resuming direct flights between Bishkek and Baku,” the minister stated.

“There is a huge untapped bilateral potential for cooperation and Kyrgyzstan's interest in attracting Azerbaijani investments in economic projects, including in the transport and logistics sector. For its part, Kyrgyzstan is interested in using multimodal transport corridors through the territory of Azerbaijan. We will work on these issues,” he added.