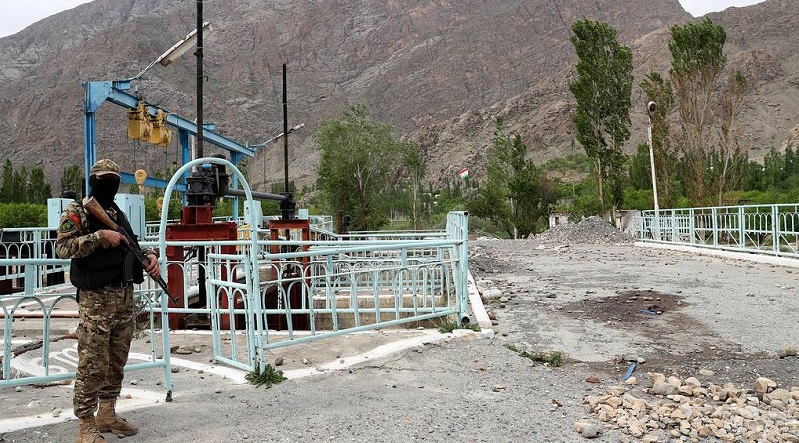 The chiefs of Kyrgyz and Tajik border troops held a meeting on Saturday where they agreed to thwart border provocations and shootouts, the press service of Kyrgyzstan’s State Committee for National Security reported on its Telegram channel, News.Az reports citing TASS.

"During the night, until 09:00 on September 17, 2022, the heads of the regional departments of border agencies should personally organize work on preventing provocations and shooting on the Kyrgyz-Tajik section of the state border in the Batken Region," the statement on the results of the meeting reads.

Additionally, "in order to coordinate actions," a joint crisis center will continue to operate. It includes the heads of territorial units, border service agencies and local law enforcement of Kyrgyzstan and Tajikistan.

That said, the Kyrgyz Border Guards Service noted that "as of 03:00 on September 17, 2022, the situation on the Kyrgyz-Tajik section of the state border is described as tense."

Tensions on the border between Kyrgyzstan and Tajikistan escalated on September 14. Clashes between the border guards of both countries with the use of heavy weapons resumed along the perimeter of the shared border on Friday morning. On Friday, Kyrgyz President Sadyr Japarov and his Tajik counterpart Emomali Rahmon held talks on the sidelines of a SCO summit in Samarkand and agreed to a ceasefire.