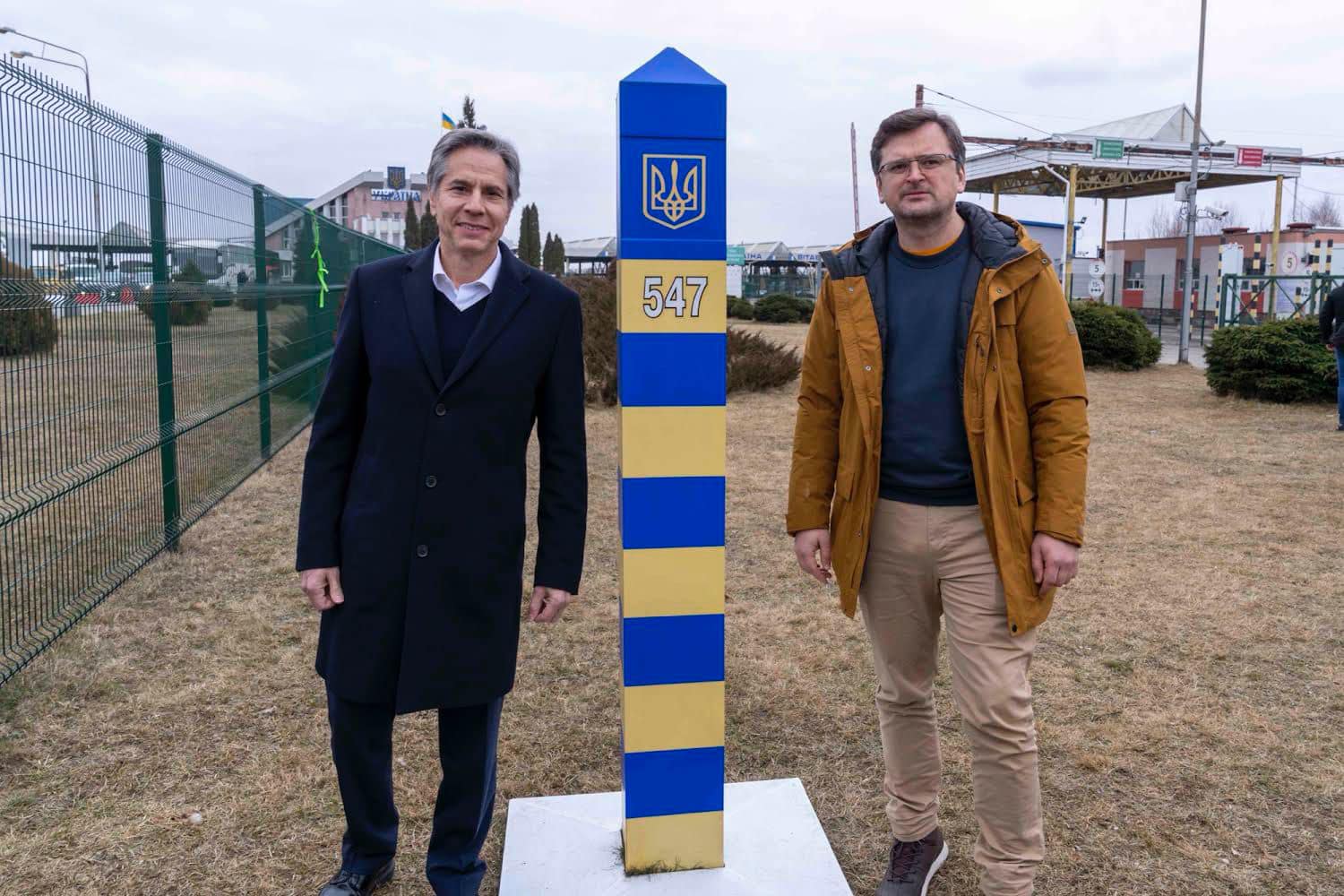 Foreign Minister of Ukraine Dmytro Kuleba met with US Secretary of State Antony Blinken at the Ukrainian-Polish border to discuss the situation in Ukraine, Mr. Kuleba wrote on his Facebook page,  News.az reports.

Kuleba said he had just returned from the Ukrainian-Polish border, where he held talks with Blinken along the neutral zone before crossing into Ukraine in what Kuleba called a "symbol of support."

"We had a productive discussion about the efficiency of the sanctions already imposed on Russia and the measures taken, but also more importantly about our future steps in supplying Ukraine with necessary weapons and in imposing additional sanctions on Russia," Kuleba announced.