Kremlin says Putin has never refused to meet with Zelenskyy 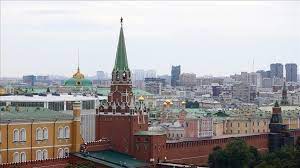 “Putin has never avoided this meeting [with Zelenskyy]. However, there should be certain conditions, or more precisely, a document must be prepared for this,” Dmitry Peskov said, declining to provide additional information.

On Thursday, Turkiye’s Foreign Minister Mevlut Cavusoglu said a meeting between the Russian and Ukrainian leaders could take place in the near future. Cavusoglu noted that everything for the meeting depends on the Russian president’s consent and position.