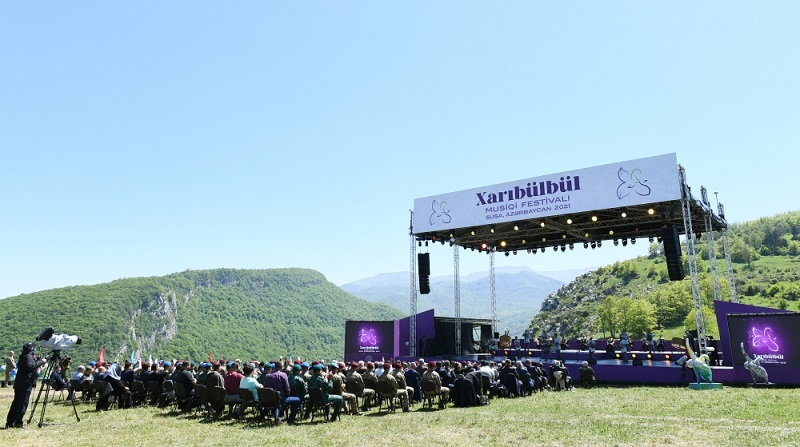 The “Kharibulbul” international folklore festival embodies the historical image of Karabakh and the restoration of Shusha’s status as the cultural center of Azerbaijan, Aybaniz Ismayilova, a member of “Return to Karabakh” Public Union and the author of the fairytale “Kharibulbul” told News.Az.

Ismayilova said that the famous Kharibulbul flower is a symbol of Shusha and a miracle of nature.

“Kharibulbul is reminiscent of a nightingale perched on a flower. Throughout history, visitors to Karabakh have always admired this flower, concerts and festivals dedicated to this flower have been held,” she said.

Shusha is a national treasure of Azerbaijan, said the public union member adding. “This year’s “Kharibulbul” festival will be even more spectacular than before. Last year’s festival in Shusha resounded the whole world and once again demonstrated that Karabakh is Azerbaijan!”

The “Kharibulbul” international folklore festival, the first major event of the “Year of Shusha” in Azerbaijan, is due to take place in the city of Shusha on May 12-14. The event will be co-organized by the Ministry of Culture, the Heydar Aliyev Foundation, and the Shusha City State Reserve. For the first time since the liberation of Shusha from occupation, the "Kharibulbul" festival was held on May 12 and 13, 2021.