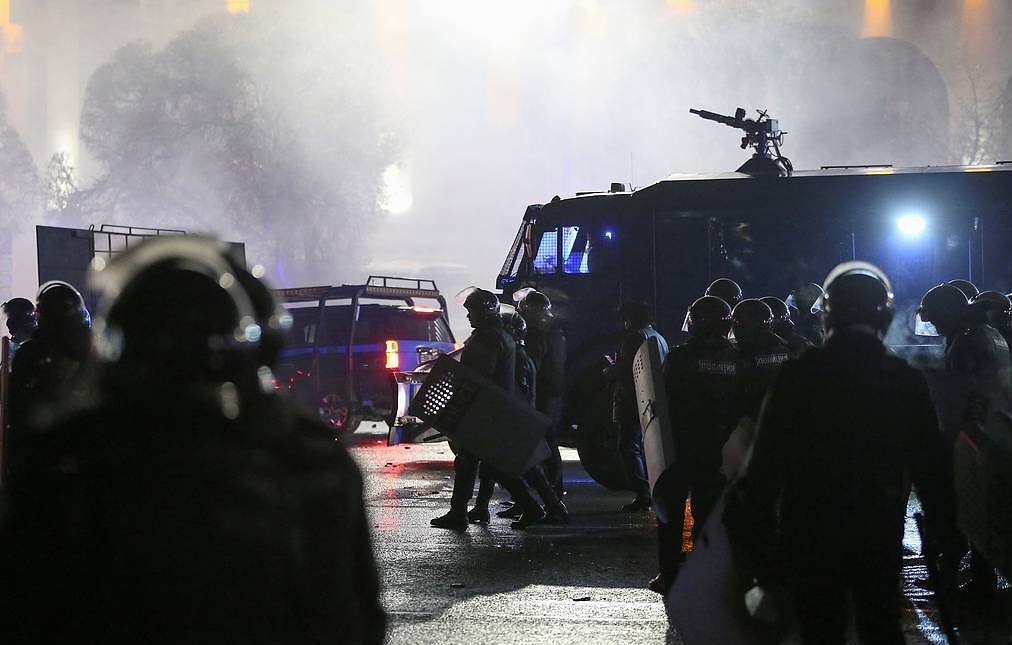 The Interior Ministry of Kazakhstan has published up-to-date information about the situation in the country, News.Az reports via Kazinform.

"Measures are being implemented within the framework of the state of emergency. All regional administrations have been freed and taken under reinforced security,” the ministry said. “Seventy round-the-clock checkpoints have been set up throughout the country, 26 armed criminals have been eliminated and 18 injured."

"The law enforcement agencies, the armed and assigned forces in Almaty are protecting public order and facilities of strategic importance, cleansing the streets [from the remaining armed criminals]," added the ministry.

After the price of the fuel spiked, big demonstrations erupted on Jan. 2 in certain parts of the country. Public protests are illegal in the country unless their organizers file a notice in advance. Following the development of the situation, the government declared a state of emergency all over the country.