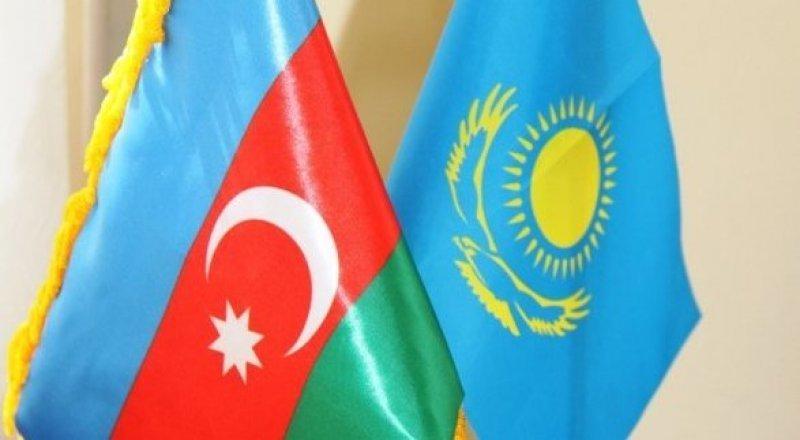 Azerbaijan already buys diesel locomotives of Kazakhstan production from the company Lokomotiv Kurastyr Zauyty. At present, 10 locomotives are already running along the railways of Azerbaijan.

Head of the Azerbaijan Export and Investments Promotion Foundation (AZPROMO) Rufat Mammadov, in an interview with Kazakh-TV, said that Azerbaijan intends to supply to Kazakhstan not only agricultural products but also industrial goods.

“We are planning another export mission to the regions of Kazakhstan, because we want to supply not only agricultural products and food products to this country, but also industrial goods. At the same time, we invited Kazakh producers, distributors and companies to Azerbaijan,” Mammadov said.

An export mission consisting of more than 20 Azerbaijani entrepreneurs engaged in production of cosmetics, alcoholic and non-alcoholic drinks, fruit and vegetables, canned food, tea, as well as machine building, chemical and light industry presented their products in Almaty, Kazakhstan on April 23-26.

The diplomatic relations between the two countries were established on August 30, 1992.

Both Kazakhstan and Azerbaijan attach great importance to the development of bilateral trade and economic ties. There is a successfully operating Intergovernmental Commission, and business forums are held regularly.

Today, 37 Kazakh companies involved in different sectors of economy are successfully doing their business in Azerbaijan. In a western region of Kazakhstan alone, a total of 46 companies with Azerbaijani capital are registered.

For Azerbaijan and Kazakhstan the most important points of cooperation appear to be the contacts on energy issues, oil transportation, agriculture, and the use of the Caspian Sea as an important international traffic artery.

Now Azerbaijan and Kazakhstan are working on promotion of a joint transport project - the Trans-Caspian International Transport Route (TITR), which involves cargo transportation from China via Kazakhstan, Azerbaijan, Georgia and further via Turkey and Ukraine to Europe.

The trade turnover between Azerbaijan and Kazakhstan amounted to almost $74.5 million in January-June 2017, $60.7 million of which accounted for the import from Kazakhstan, according to Azerbaijan’s State Customs Committee.