Kazakhstan declares states of emergency in cities hit by unrest 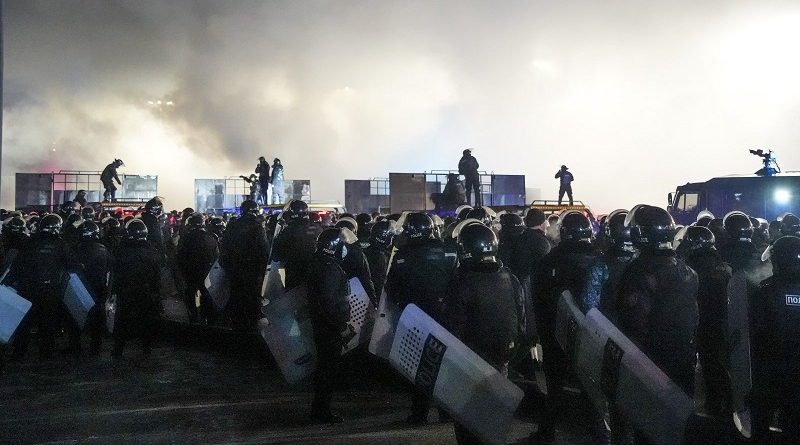 The southeastern city of Almaty, Kazakhstan's financial capital, was in chaos from late on Tuesday as police fired tear gas and stun grenades to quell unrest that began in the west of the country over a spike in local prices for Liquified Petroleum Gas (LPG).

Tokayev signed orders on states of emergency in Almaty and the hydrocarbon-rich western region of Mangystau effective from January 5 until January 19, the presidential website reported.

Tokayev had hours earlier called for a return to order in a video posted on Facebook by his press secretary Berik Uali.

"Don't submit to provocations from within and without. Do not heed calls to assault government buildings. This is a crime for which you will be punished. The government will not be felled, but we don't need conflict," Tokayev said in the address.

Messenger apps Telegram, Signal and WhatsApp were all unavailable in the Central Asian country on Wednesday, while two independent media websites that reported on the protests appeared to have been blocked.

Smaller protests had been staged in cities across the republic of 19 million people from Sunday, beginning with the town of Zhanaozen in Mangystau.

The initial cause of the unrest was a spike in prices for LPG in hydrocarbon-rich Mangystau, but a government move to lower the prices in line with the protesters' demands failed to calm them.

President Kassym-Jomart Tokayev tweeted late on Tuesday that authorities had taken a decision to lower LPG prices in Mangystau "in order to ensure stability in the country."