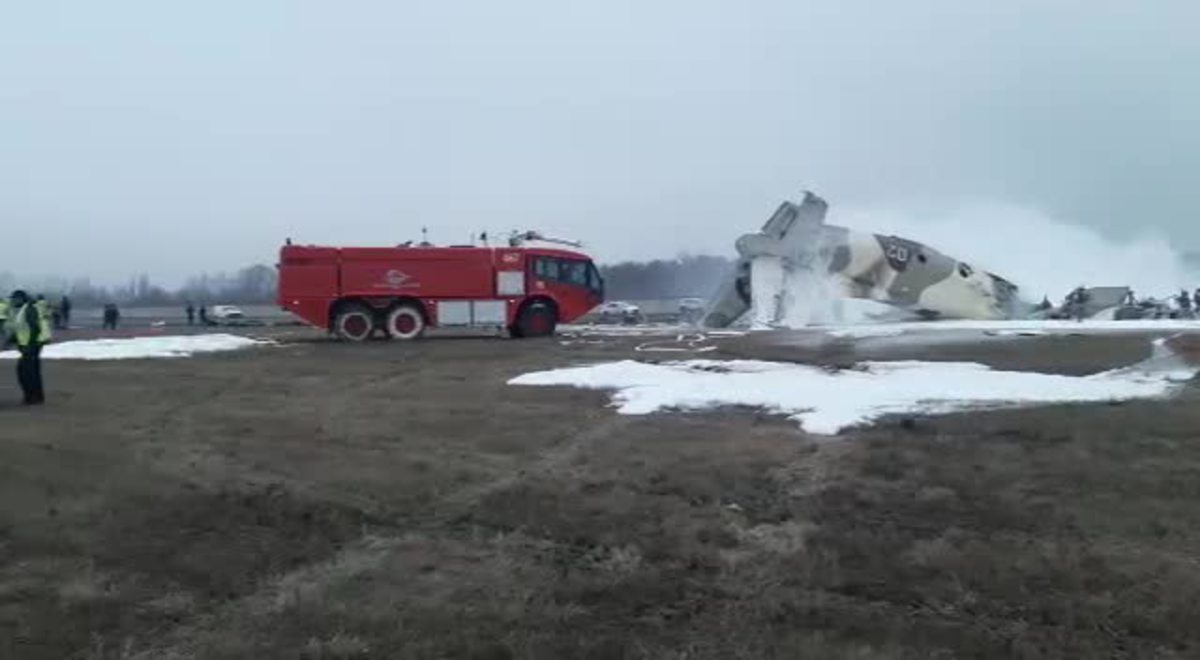 An An-26 military aircraft flying from the Kazakh capital, Nur-Sultan, crashed while landing in Almaty on Saturday, killing four of six people on board, the Central Asian nation’s emergencies ministry said.

Photographs from the site showed the plane turned over and on fire. Videos posted online also showed plumes of smoke rising from the crash site and visible from a nearby highway.