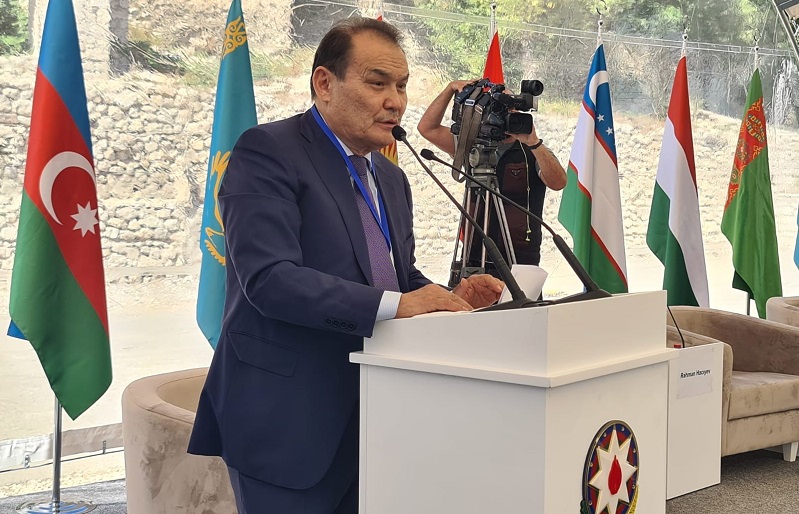 Azerbaijan’s Karabakh region will play an important role as a regional transport hub, Secretary-General of the Organization of Turkic States (OTS) Bahgdad Amreyev said on Friday.

Amreyev made the remarks while speaking at a Turkic Business Forum devoted to the restoration and development of the Karabakh region, which was held in Shusha, the cultural capital of Azerbaijan, News.Az reports.

“The rehabilitation and reconstruction of the Karabakh region is important not only for Azerbaijan. Given the new geopolitical reality, this region will play the role of a significant transport corridor from China to Europe. That is, this forum is being held not only to attract our businessmen to participate in the implementation of projects in Karabakh but also to highlight the importance of the Zangazur corridor, once it is fully commissioned,” he added.