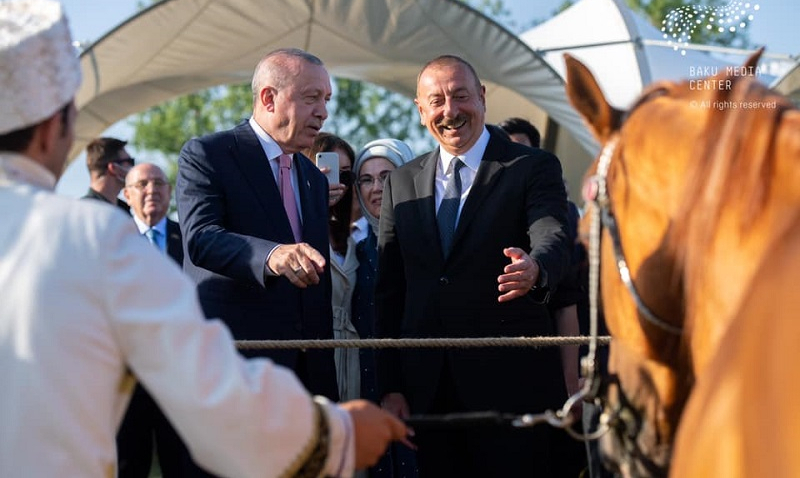 The composition was organized by the Heydar Aliyev Foundation.

The “Kharibulbul” composition features two Kharibulbul flowers, considered the symbol of Karabakh, uniting and embodying the eternal friendship and brotherhood between Azerbaijan and Turkey.

The participants of the event organized in Shusha were also presented with a collection of publications of the Heydar Aliyev Foundation called “Cultural Heritage of Karabakh”. The collection includes separate publications in the fields of literature, music, architecture, folk art and carpet weaving. 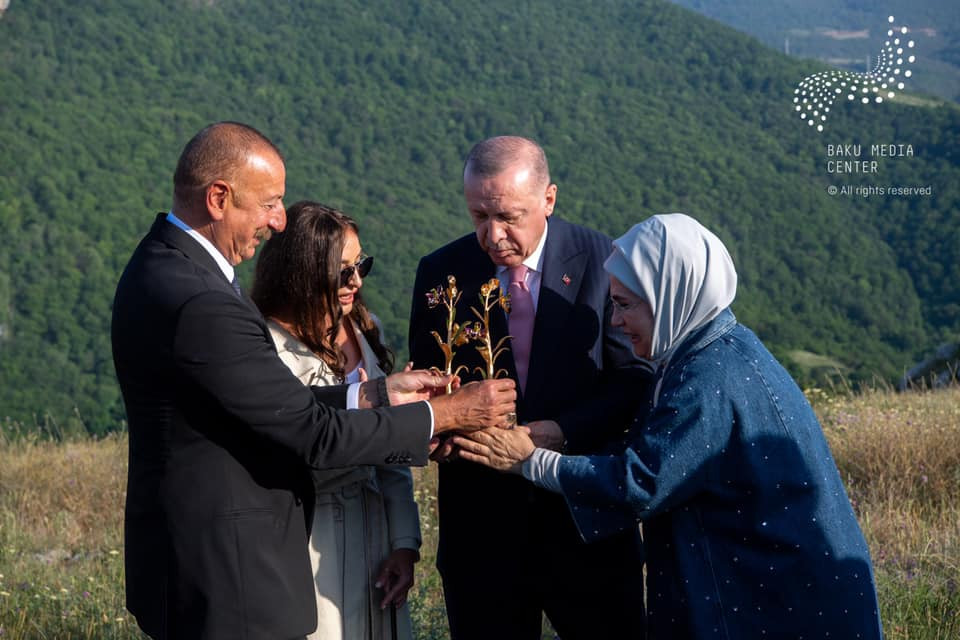