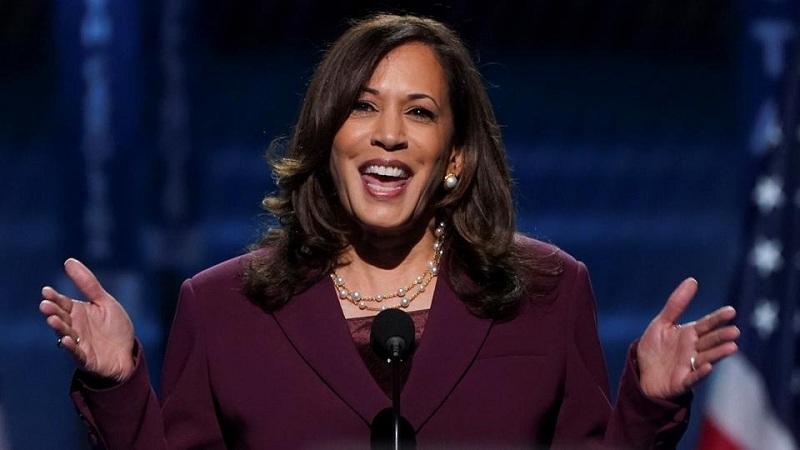 California Sen. Kamala Harris made history as the first Black and South Asian woman to accept a major party's vice-presidential nomination, promising to be a champion for the voiceless and forgotten Americans who are struggling in the midst of a pandemic and an economic crisis.

She introduced herself as the daughter of Indian and Jamaican immigrants who would strive to restore the principles of inclusivity after four years of divisiveness under Trump, citing the example of her mother who she said taught her daughters to "be conscious and compassionate about the struggles of all people" and to believe that "the fight for justice is a shared responsibility."

According to her, that was why she became a prosecutor who tried to reform the criminal justice system from within, CNN reported.

Harris said she and former Vice President Joe Biden share "a vision of our nation as a beloved community - where all are welcome, no matter what we look like, where we come from, or who we love."