Joe Biden sworn in as 46th President of the United States 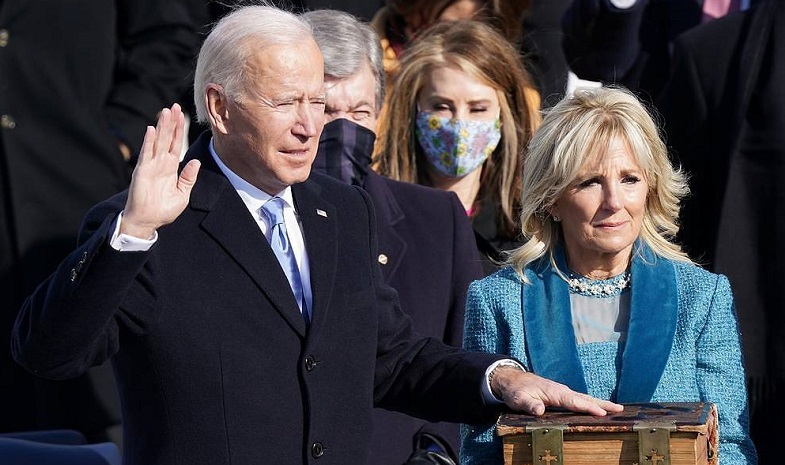 The inauguration ceremony of 46th President of the United States Joe Biden has taken place Wednesday on the steps of the Capitol Building. He took the oath to uphold the Constitution.

"I, Josef Robinette Biden Jr., do solemnly swear that I will faithfully execute the Office of President of the United States, and will to the best of my Ability, preserve, protect and defend the Constitution of the United States. So help me God," he took the traditional oath with his left hand placed on the Bible held in front of him by his wife Jill Biden. "Congratulations, Mr. President," said Chief Justice of the United States John Roberts who swore him in. Biden took the oath holding the Bible that has been in his family for 127 years.

The inauguration ceremony was attended by former Presidents Bill Clinton, George W. Bush, and Barack Obama as well as former Vice President Mike Pence who chose not to attend Donald Trump’s farewell speech at Joint Base Andrews. The now-former president broke the tradition of being present at inauguration ceremonies, opting instead to travel to Florida with his family.

A few moments earlier, Kamala Harris was sworn in as Vice President.

The traditionally grandiose ceremony had to be scaled back this year due to coronavirus restrictions. Moreover, the organizers decided to forego the inauguration parade. Only lawmakers were cleared to be present at the event, each of them could invite one guest.