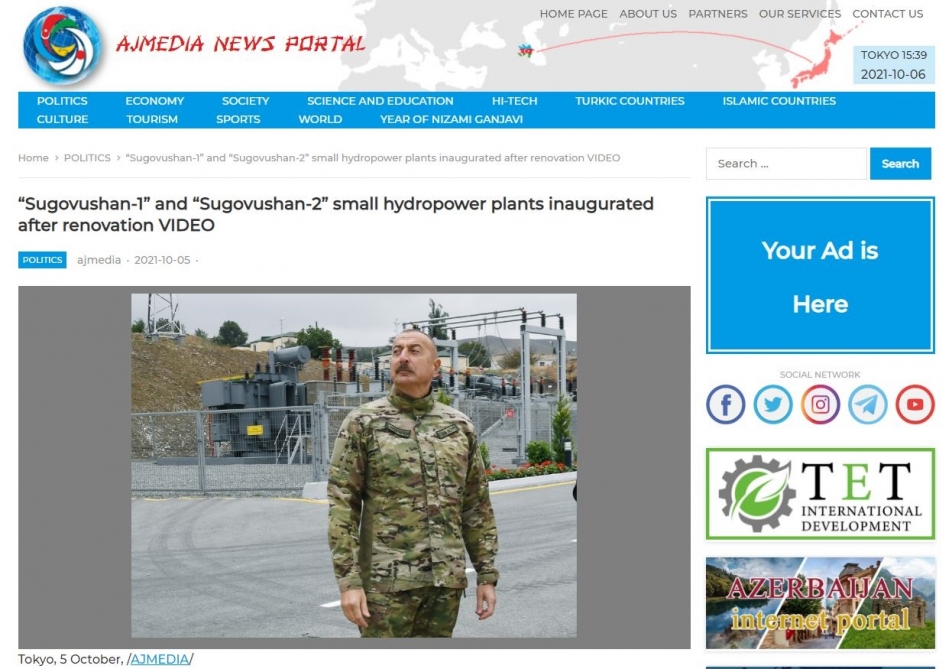 Japanese “ahmedia.jp” news portal has published an article highlighting the inauguration of Azerbaijan’s Sugovushan-1” and “Sugovushan-2” small hydropower plants in Tartar district with the participation of President Ilham Aliyev.

The article mentions the importance of the launch of these plants in the territories liberated from the occupation of the Armenian forces.

“The total capacity of hydropower plants in Sugovushan settlement of Tartar district, liberated by the Azerbaijani Armed forces on October 3, 2020 under the leadership of President Ilham Aliyev, is 7.8 megawatts. The hydropower plants were severely damaged during the fierce fighting, and as a result, they became completely unusable,” the article says.

According to the article, the hydropower plants will play an important role in supplying the liberated territories of Azerbaijan with electricity, especially Sugovushan and Talish settlements.