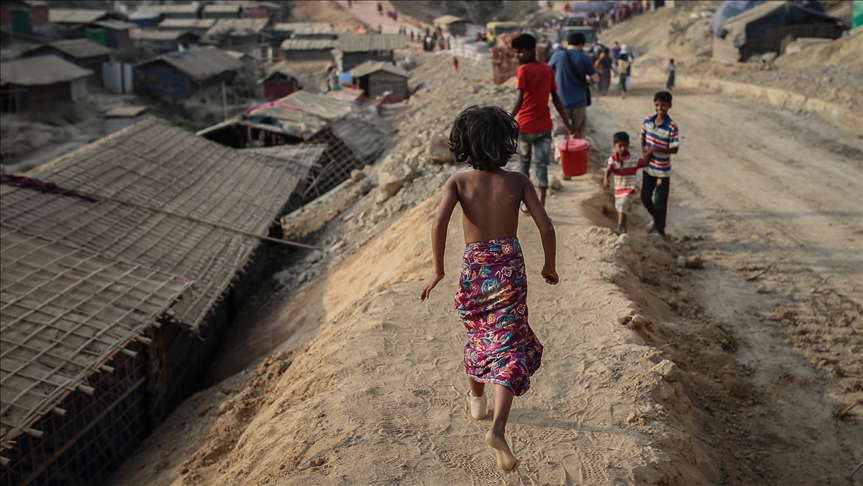 Japan and the UN Refugee Agency signed an agreement over the weekend to provide around $10 million for improving access to clean water at camps in Bangladesh’s Cox’s Bazar district, where more than 1.2 million Rohingya refugees have been taking shelter following a military crackdown in Myanmar in 2017, Anadolu Agency reports.

The funds will be used to support the improvement of water supply and distribution systems for Bangladeshi host communities and Rohingya refugees in the Teknaf upazila, or administrative region, of Cox’s Bazar, the Japanese embassy in Dhaka and UNHCR said in a joint statement.

“The Teknaf area of Cox's Bazar has been facing challenges in ensuring safe access to water for the local population for many years. The situation became even more challenging following the influx of Rohingya forced to flee from Myanmar in recent years,” it said.

The contribution will help stabilize the water supply and improve the living conditions of both communities, it noted.

The agreement was signed Sunday by Japanese Ambassador to Bangladesh Ito Naoki and UNHCR Bangladesh Assistant Representative Kashiwa Fumiko at the UNHCR country office in Dhaka, according to the joint statement.

The project will be implemented over the course of three years and carried out in close collaboration with and under the guidance and leadership of the Bangladeshi government.

According to Amnesty International, more than 750,000 Rohingya refugees, mostly women and children, fled Myanmar and crossed into Bangladesh after Myanmar forces launched a crackdown on the minority community in August 2017, pushing the number of persecuted people in Bangladesh above 1.2 million.

Since Aug. 25, 2017, nearly 24,000 Rohingya Muslims have been killed by Myanmar's state forces, according to a report by the Ontario International Development Agency (OIDA).