Japan to extend virus state of emergency in Tokyo area 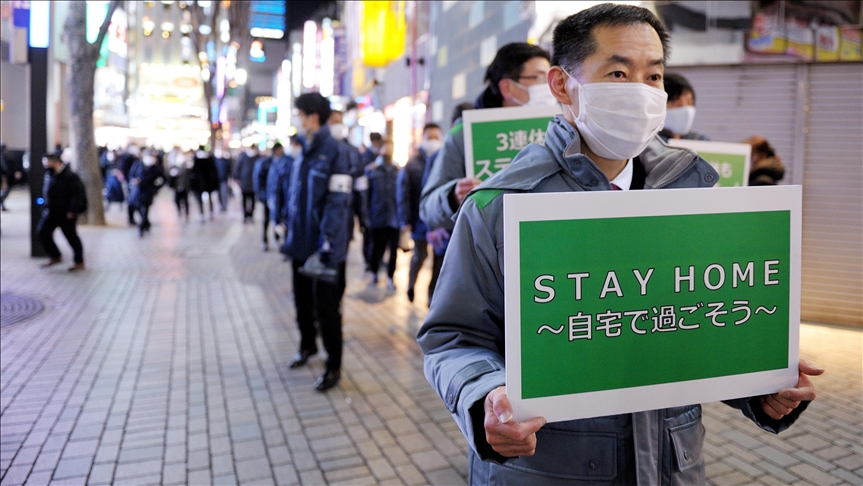 Japan will extend a coronavirus state of emergency in the Tokyo area by a fortnight, officials said Friday, less than five months ahead of the pandemic-postponed Tokyo Olympics, AFP reports.

The emergency measure, which primarily calls for bars and restaurants to close from 8pm, was supposed to end on Sunday and has been lifted early in other regions.

It has brought infections down in the capital but the rate of decline is slowing and medics say hospitals in and around Tokyo are still under strain.

The government's top spokesman said the measure would continue in Tokyo and three surrounding regions until March 21 -- four days before the nationwide Olympic torch relay kicks off in northeastern Fukushima.

"Regarding the critical situation of the number of hospital beds available, it does not appear that pressure is easing in a stable manner," Katsunobu Kato told reporters.

The extension is expected to be officially announced on Friday evening.

Despite a winter spike in Covid-19 cases, Japan has seen a comparatively small outbreak overall with just over 8,000 deaths.

Tokyo logged around 270 daily infections on average over the past week -- but experts warn of a potential resurgence after restrictions are lifted.

Prime Minister Yoshihide Suga apologised for the imminent extension but said the government was "doing its utmost to prevent a rebound" in infections.

Japan's response to the virus is in the spotlight as Tokyo prepares to host the postponed Olympics, due to start on July 23.

The country launched its vaccination programme last month in a very limited fashion and has so far given first doses to around 39,000 healthcare workers.

Tokyo 2020 organisers have outlined measures they say will keep the Games safe -- even without requiring participants to be vaccinated or quarantined on arrival.