Japan to ban the export of luxury goods to Russia 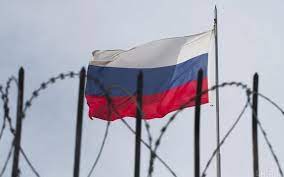 The Japanese government will impose a ban on the export of luxury goods to Russia, including premium cars and precious stones from April 5, Koichi Hagiuda, head of the Japanese Ministry of Economy, Trade and Industry, said during a press conference, News.az reports citing RIA Novosti.

"According to the decision of the government, starting from April 5, a ban is introduced on the export to Russia of luxury goods, including premium cars, precious stones and jewelry," he said.

Note that Tokyo has imposed several packages of sanctions against Moscow. In particular, excluded Russia as the most favored nation in trade and imposed a ban on the export of 275 goods from March 18, including semiconductors, radars, sensors, lasers, communications equipment, recording devices and their components, software, components for tractors, gas turbine engines for aircraft and their components, equipment for oil refining.