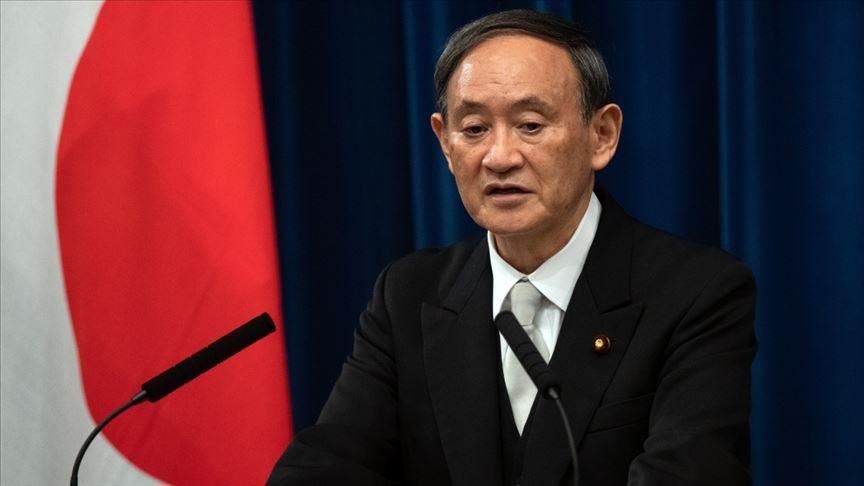 Japan's prime minister warned that the Tokyo Olympics could be held behind closed doors, as virus cases rise in the city just three weeks before the Games begin, AFP reports.

Organisers decided last month to set a limit of 10,000 fans or half of each venue's capacity for events at the pandemic-postponed Games.

But Yoshihide Suga repeated cautions that spectators could be locked out of competitions if the situation worsens, with the government expected to extend anti-virus measures covering Tokyo as new cases climb.

"There is a possibility of there being no spectators" at the Games, Suga said Thursday. "We will act with the safety and security of the Japanese people as our top priority."

The Yomiuri Shimbun daily said Friday that spectators could be barred from events held in the evening or in large venues, citing unnamed sources.

The Yomiuri and other media said organisers are also likely to delay a ticket lottery for oversubscribed events, which was set to take place next Tuesday.

"Infections are rebounding in Tokyo and other places, and people are calling for prevention measures to be strengthened," the Yomiuri report said.

Covid-19 cases have been rising in Japan since a state of emergency was lifted last month and replaced with softer restrictions that are set to expire on July 11.

But the government is likely to extend them as early as next week, meaning they could still be in place when the Games open on July 23.

Up to 5,000 spectators are allowed at sporting events under the current measures, which also require restaurants and bars to close early.

Organisers were set to hold a lottery next Tuesday to allocate tickets for events that are oversubscribed under current attendance limits.

They need to reclaim around 900,000 of the 3.6 million tickets that are already spoken for, with reductions required in eight sports and the opening and closing ceremonies.

But uncertainty over attendance limits now means the lottery is likely to be postponed -- leaving some fans sweating on their places less than three weeks before the Games begin.

No more tickets will be sold and spectators from overseas have already been barred from attending.

Japan's virus outbreak has been less severe than in many countries, with around 14,800 deaths overall, but experts warn that another wave of cases could stretch medical services around the time of the Games.

Around 11 percent of the population is fully vaccinated so far.