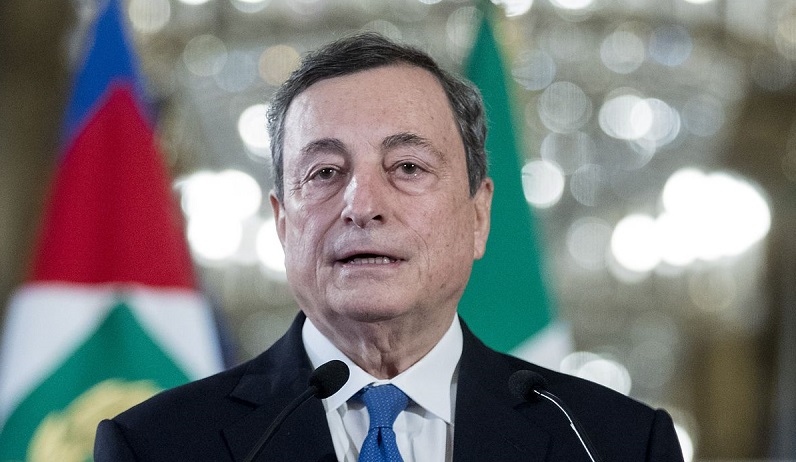 Italy's prime minister on Wednesday unveiled in parliament his ambitious reform platform that focused on leading the country out of a devastating pandemic and a daunting recession, as his Cabinet faces two key confidence votes.

Mario Draghi – a former central banker and highly regarded technocrat – was called in by Italian President Sergio Mattarella this month to solve a chaotic political crisis, which risked plunging Italy into further political uncertainty just as it battles unprecedented health and economic crisis.

Draghi and his new government – born last week after complex negotiations among different and often conflicting parties – is expected to easily win the support of most lawmakers in parliament, building one of the largest parliamentary majority in Italy’s political history.

Draghi started his speech in the Italian Senate with a call for political unity, asking all parties to work together in the name of the “love for Italy.”

"Our main duty is to fight the pandemic in any way and to safeguard the lives of our fellow citizens," Draghi said, showing some emotion when he mentioned the victims of the COVID-19 outbreak, which killed more than 92,000 people in the country.

"Today, unity is not an option, unity is a duty," he stressed, as he was interrupted by lawmakers’ applause several times.

Draghi pledged that his government will ensure a long-term vision and focus on key reforms aimed at boosting Italy’s ailing economy, which is struggling to exit its worst recession since World War II.

The Italian premier listed his top priorities, including a quick and efficient vaccination campaign and an effective plan on how to spend more than €200 billion earmarked by the EU to help rebuild the Italian economy.

"As in the immediate post-war period, today we have the possibility, or rather the responsibility, to launch a new reconstruction," he said in his 50-minute address, which ended with a standing ovation.

Draghi did not deny that he faces tough challenges ahead, as his uneasy coalition partners – which include the center-left Democratic Party along with the far-right League – risk splitting on key policies.

He acknowledged that some sectors of the Italian economy will have to change radically to survive the crisis and he mentioned several times the need to overcome Italy's long-time gender and generation gaps, defending women and youths' labor rights.

After winning the confidence vote in the Senate later on Wednesday, thanks to his wide parliamentary majority, Draghi should easily face a second vote in the Lower House on Thursday.